The brand infused its first runway collection with Nineties references. 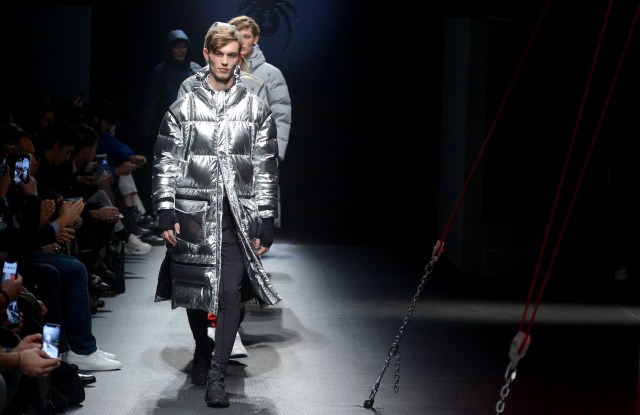 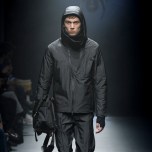 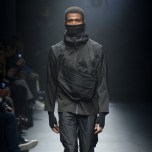 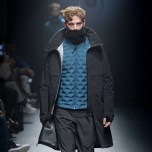 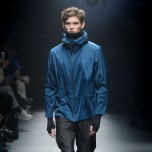 Sportswear specialist Spyder staged its runway debut with a fall show opened by the performance of a gymnast on the rings.

The show combined the brand’s training collection with the urban lifestyle range through a number of looks that incorporated the athletic and activewear DNA of the label into everyday city outfits. Backstage, creative director Christopher Bevans said he was inspired by the youth tribes in the Nineties and wanted to use that to “elevate the sporty aesthetics.”

Nylon running outfits with geometric motifs were influenced by the looks sported by young skaters in the Nineties and cotton tracksuits with drawstring hems were splashed with graphic rounded patterns in contrasting colors. Another tracksuit crafted from an eco-leather patchwork pointed to the brand’s focus on building a name for itself in the fashion arena.

Staying true to Spyder’s core business, functional designs were heavy on the catwalk with nylon hooded jackets and pants cropped at the ankle featuring high-tech inserts and trimmings. Puffer jackets came in reflective silver or black and red, and were also available in women’s versions.