The designer offered utilitarian-inspired basics that could be layered or worn separately. 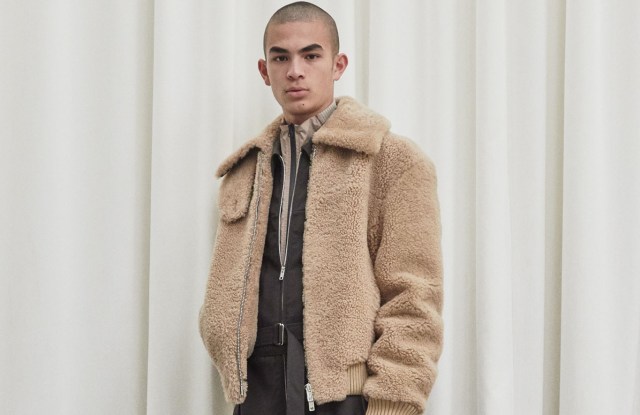 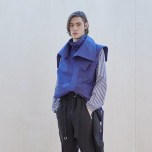 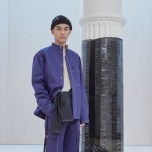 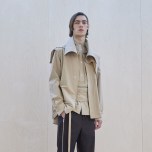 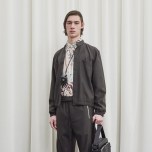 Phillip Lim is going back to basics for fall.

The New York-based designer has set out to simplify the potentially cumbersome process of dressing by offering an array of utilitarian-inspired pieces that can be worn separately or layered to create the perfect wardrobe.

“We were thinking about how we simplify dressing for guys,” Lim said during a walk-through in his TriBeCa showroom. This led him to create a “uniform” with “interchangeable parts” that would be “transformative and reduce fluff.”

That translates into classic utility jackets with details such as zippers and snaps that can work as easily in the office as on the streets. Layering pieces are a big part of the message this season as well. Exaggerated funnel-neck vests can be worn over banker-stripe shirts that have elasticized waists and cuffs and under military-inspired jackets topped with a raglan car coat and worn with double-pleated carpenter trousers.

The collection also speaks to the realities of the busy lives of today’s men and includes workwear references and elevated streetwear. “This isn’t workwear, but it’s clothes you can work in,” said Lim, who added that he believes streetwear “should feel more romantic.” He achieved that with the foulard collars and belt pouches that created drama as well as a sense of discovery.

Most of the line was in a subdued solid color palette of mustard, brown and lavender, although a souvenir jungle print provided some pop to a couple of pieces including a bomber and a shirt.

While his spring collection centered around taking time off to have fun, this edition was much more serious and showed that Lim has the ability to move between the two lifestyles seamlessly.