The designer created an installation at his alma mater, the Fashion Institute of Technology. 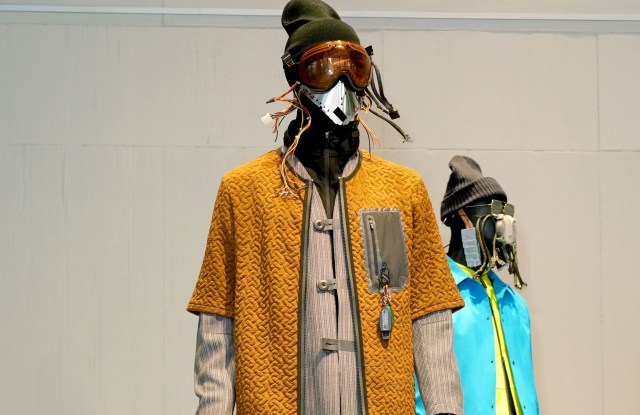 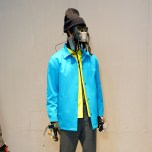 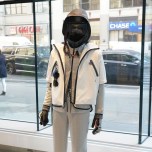 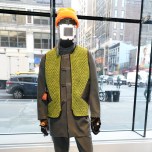 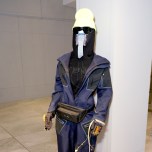 Christopher Bevans has always been a bit of a rule-breaker and the backstory surrounding his fall collection for Dyne was no exception.

After visiting the Commonwealth Fashion Exchange exhibit at the Fashion Institute of Technology last fall, he got an idea: Why couldn’t he show his fall line at the school where he had gotten his degree some two decades ago? So, after speaking to the board and the dean, he got the go-ahead to use a street-level space on Seventh Avenue and 27th Street during New York Fashion Week.

Bevans converted the space into an installation that showed his collection of athletically fused sportswear and signature high-tech fabrics juxtaposed against a cluster of old-time electronics — many of them broken and jumbled together into a pile.

The message he was making was one of sustainability, one of the issues he’s most passionate about. “We have to continue to champion and share our knowledge on how to work in a more sustainable way,” he said.

For Dyne, that translates into the use of vetted factories in Taipei and fabrics that can be repurposed. Bevans collaborated with Swarovski to create a sweatshirt in crystals that spelled out “Save Us” in several languages. “I’m trying to bring attention to fashion industry practices and how we can be better,” he said.

But not everything had such an overt message. Bevans offered a variety of his trademark athletic get-ups in such silhouettes as jumpsuits, elongated vests and a fun poncho.

The collection will remain on view — and open to the public — for another two days.

“I wanted to try something new during fashion week,” Bevans said. “Shows are over so fast and I wanted to do something more lasting and also inspire the next generation of thinkers.”