The designer offered his interpretation of the immigrant voyager. 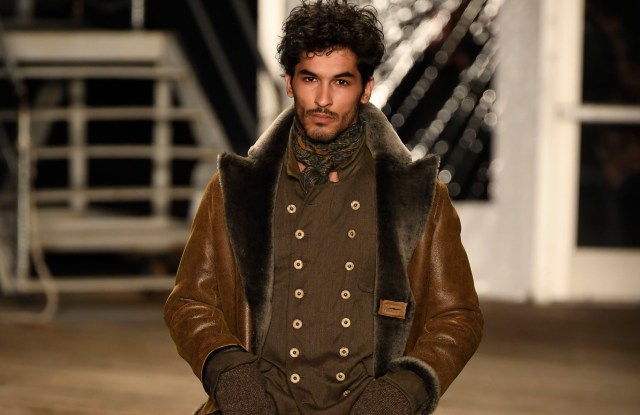 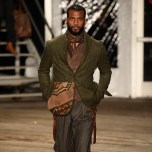 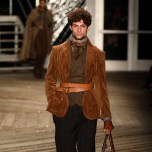 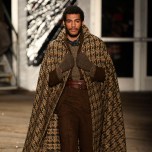 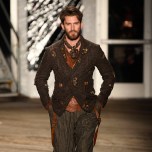 A pier jutting out into the East River at the South Street Seaport set the tone for Joseph Abboud’s vintage voyager show. While the collection wasn’t nautically inspired, it was instead an homage to the designer’s immigrant roots.

“My grandparents came through Ellis Island,” he said before the show, “and I was inspired by the voyage.”
While the original ship-bound passengers were undoubtedly not as well dressed as Abboud’s interpretation, the designer executed the concept with a vintage-looking sartorial assortment. This vintage flair worked best in an assortment of mismatched three-piece suits that combined tweed pants with plaid jackets and leather vests all cinched with workwear-inspired belts. Rich shearlings and fitted peacoats were among the outerwear highlights, but the use of capes and fedoras at times felt too costumey.
An array of washed wool pinstripe suits at the end showed a simpler, yet elegant interpretation of the classics.
The Old School effect was enhanced by the use of raw edges, washed-down fabrics and artistically created patchwork details that were meant to be read as repair rather than embellishment.
New York Fashion Week: Men’s has become a showcase for experimental young designers, so Abboud’s classic interpretation of true men’s wear offered up a refreshing alternative.