The collection was inspired by the California desert rock scene. 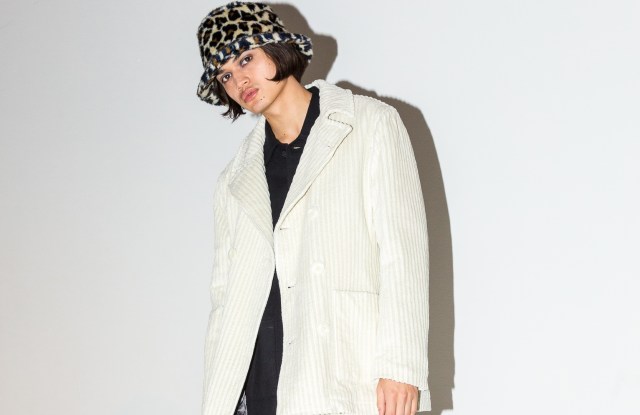 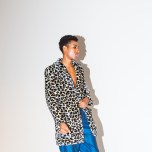 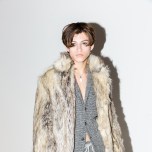 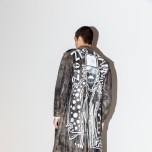 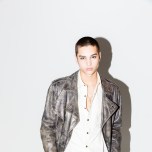 For Krammer & Stoudt, tapping into the grittiness of Californian culture is what Mike Rubin does best — and each time it gets just a little more eccentric. This season was no different, with a lineup centering around the California desert rock scene from the late Sixties/early Seventies and influenced by the music and art of Don Van Vliet, an American singer-songwriter otherwise known as Captain Beefheart.

Though a bit gritty, the offering featured everything from an oversize cream-colored suit in wide-wale corduroy and a leopard print coat to a fitted double-breasted black suit.

A standout was a hand-painted upcycled Giorgio Armani brown leather trench — a one-off that the brand was planning to sell immediately after the show as part of its first move into see-now-buy-now.

The label also collaborated with military brand Cockpit USA to showcase its take on a classic brown leather bomber jacket with a shearling collar.

Whether it was a partnership or a one-off, the collection once again managed to remain true to the brand’s roots in the Southwest and Southern California subcultures, a look for which it’s quietly gaining a reputation.