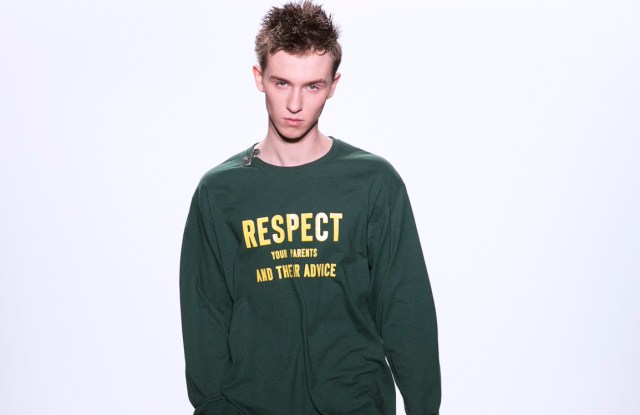 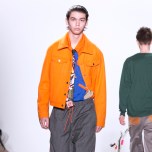 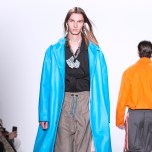 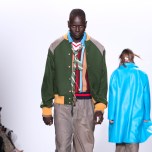 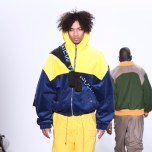 Ryohei Kawanishi has been a mainstay on New York Fashion Week: Men’s schedule for the past few seasons. The Landlord designer holds buyers appointments in Paris, but still feels the need to present his collection in New York, where he lives and designs the line — his business partner owns a factory in Sunset Park where the Landlord collection is produced alongside military uniforms.

Although he’s been consistent with presenting in New York, the Landlord DNA has deviated from season to season. That’s partly because Kawanishi designs collections with a distinct theme that he can get lost in — he’s explored punk, workwear and reggae in the past. But this season with school as the theme, the collection felt streamlined and distinctively Landlord.

Kawanishi worked with Mike Hope, better known as Mike the Ruler, on casting and styling. (Hope is a clotheshorse who gained attention on Instagram when he was 14 for wearing Rick Owens and Hood by Air.) The designer looked to references ranging from grade school to graduate school in attempt to subvert academic uniforms. Models stormed down the runway wearing varsity jackets made from striped school uniforms, baggy sweatpants constructed with suiting material and color-blocked cargo pants. Leather jackets had a childlike feel coming in a bright yellow and blue. T-shirts and hoodies bore Landlord logos modeled after universities. Oversize anoraks covered with “New USA” were reminiscent of Tommy Hilfiger and Polo pieces from the Nineties. These looks were adorned with money clips attached to chains and ties festooned with coins and jewels by Kota Okuda, a Parsons MFA graduate. Kawanishi also continued his partnership with Alpha Industries on bomber jackets covered in patches.

Since prep is trending in men’s wear, Kawanishi could have easily presented a collection that feels too familiar, but he managed to fully embrace the references without losing Landlord’s design ethos.