The designer offered up a wearable collection of brightly colored options. 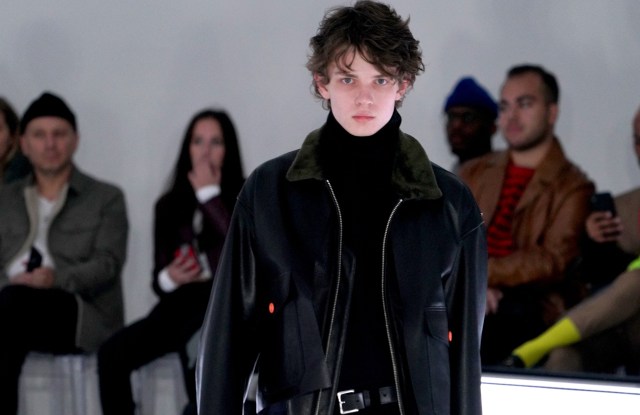 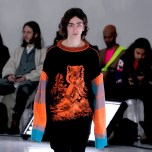 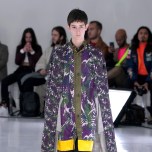 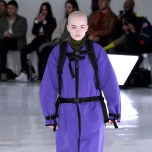 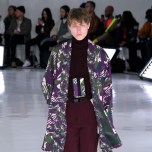 Daisuke Obana has a knack of having his invited guests feel very included within his show space.

An all-white room with bright white fluorescent lighting panels along the floor, and clear acrylic chairs set the tone for the fall collection. With what seemed almost like a palate-cleanser, Obana this season offered an intimate peek at conquering his dislikes. Working in patterns such as checks and camouflage that have frustrated him in the past, Obana seemed to have finally conquered his demons with this solid effort. His clever deconstruction also continued with the use of hidden details such as soft leather jackets, which were in fact two-in-one detachable models.

The play on Christmas-like sweaters and the use of bright colors, though oversized in nature, made the proportions feel more controlled and realistic. The designer injected camouflage throughout, from coats and vests to pants, which he mixed with utility elements such as an army green elongated fleece jacket that made the lineup feel of-the-now with a less gimmicky vibe.

Obana has been in business for quite some time, often showing very themed collections — sometimes too literal — but this time, the offering felt fresh, with great stand-alone pieces, making this one of his most wearable collections to date.