Designer Neil Grotzinger reinterpreted the wardrobe of a Midwestern American Gamer and constructed a narrative around this identity for his collection. 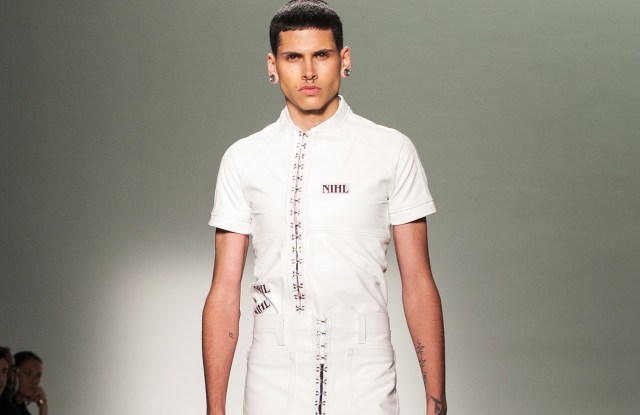 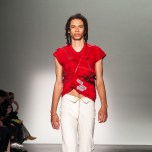 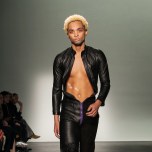 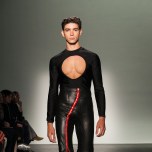 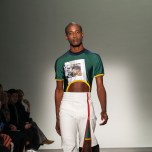 Neil Grotzinger, the designer behind Nihl, said he likes to “queer-ify” things. Last season, he looked to uniforms worn by police officers, football players and Wall Street brokers and made them more effeminate, dynamic and, in some cases, beautiful, via intricate embellishments and ethereal knits.

He maintained that approach for his fall 2019 show, shifting his attention to the American gamer in the Midwest and constructing a narrative around this identity, down to the fictitious basement full of objects and symbols, and a strict father upstairs.

New for Grotzinger was his use of a floral, guipure lace, which he spray-painted and made into vests and pants. Grotzinger said he wanted to offer something that felt haphazard, similar to his embroidery, but was less labor intensive.

Grotzinger has a clear mission with his collections, which is to expand the confines of masculinity, but he also has the skill required to make clothes that surprise, delight and stand out.