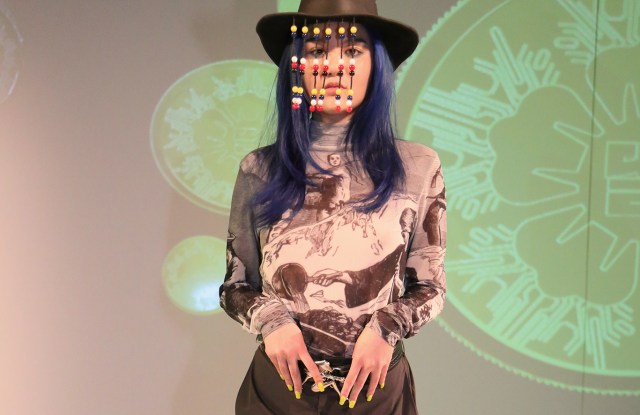 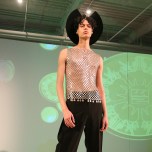 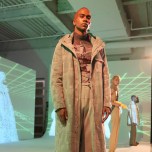 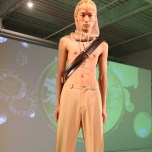 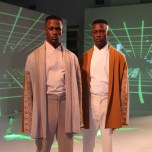 Dae Lim is designing a smokewear line at an opportune time. Last season, medicinal marijuana wasn’t legal in South Korea, where he’s from — it is now — and the legalization of recreational weed wasn’t imminent in New York, where he currently lives. He likens this time, which he calls the Green Rush, to the Gold Rush, and used that to inform his collection.

Western references were the foundation of the line, but they were filtered through Lim’s viewpoint, which mixes workwear with traditional Korean garb and humorous graphics. That translated to pants updated with pleats, ceremonial knots and ankle wraps, tattoo turtlenecks covered in images of Chinese immigrants during the Gold Rush, and jackets with hanbok details. Outerwear included long down coats, while denim jackets were embellished with flames. The line was accented with tooled leather accessories meant to make a blunt or vape pen easily accessible.

Lim said his concept is resonating with retailers. He continues to be carried by Vfiles and was recently picked up by Barneys in New York and Los Angeles along with Intersect in Shanghai and Forty Five Ten in Dallas.

Lim has created a collection that celebrates weed without dumbing down craftsmanship. The focus is the clothes. The fact that they can accommodate a blunt is just added functionality.