The Israeli designer’s collection was a masterclass in layering, playing around the idea of clothes made for a different body. 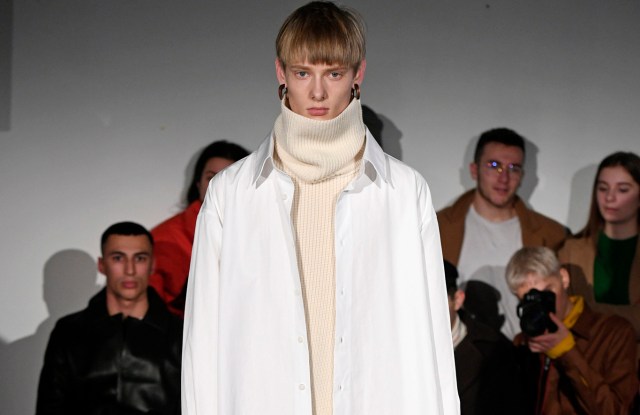 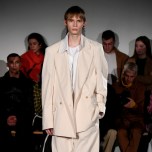 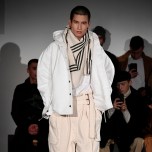 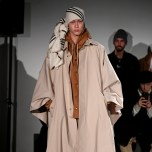 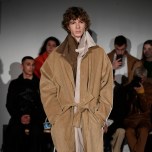 When does a garment cross over from oversize to purely disproportioned? It’s a fine line, according to Israeli designer Hed Mayner, who for his fall 2019 men’s show played around the idea of clothes that didn’t naturally fit.

“The idea was to create clothing that looks like it already has a body inside,” said the designer backstage, demonstrating with a sandstone duffle coat that, on the rack, looked a little lumpy, but which, on the runway, fitted cozily around the model’s body. “It’s about wearing clothes that are not your size and by doing so discovering a new silhouette.”

Mayner’s collection was a well-executed exercise in layering. The key: wearing variations of similar shades and playing around with lengths and textures. A belted corduroy sable coat was worn with matching trousers over a beige mac and a brown shirt. A light pink turtleneck was layered under a collarless jacket in a slightly darker shade of pink, matched with a pair of extra long cream trousers that bunched up at the ankles, creating symmetry with the high collar.

Some models had their heads wrapped in a striped fabric the designer found in Israel, giving the silhouettes a nomadic touch. The color palette was camel, beige, cream, rich chocolate, deep caramel, and one black silhouette that felt out of place amongst the soft tones. The only print was a tie-dye-like plaid found on a knee-length collarless coat and draped over shoulders in a soft-looking fabric. It was probably one of the designer’s most wearable collections.