“I howl my love for you” is the message splashed on the back of a corduroy jean jacket. 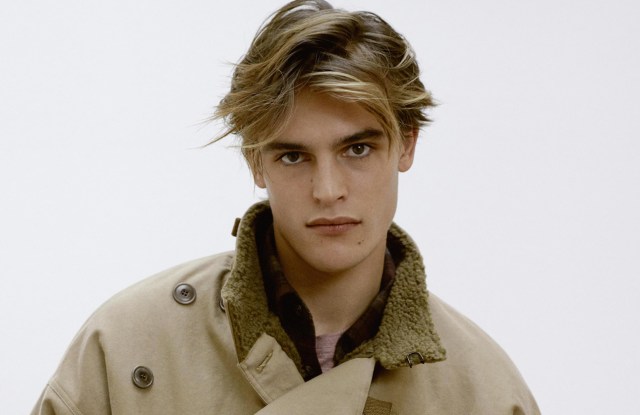 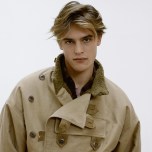 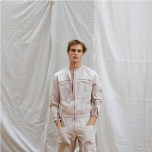 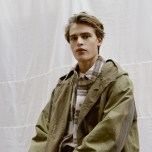 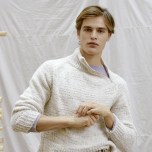 With only a few seasons under her belt, Isabel Marant has found her groove for designing her fledgling men’s wear line. The fall collection hit a new level of confidence, offering relaxed and stylish pieces that translated her codes into a youthful offer for men in the market for something out of the mainstream.

“It’s mostly a story of a good cut, good fabrics, good colors — it’s not about dressing a man who’s super fashion-conscious, but rather to dress a man for everyday life, with a bit of style and a bit of attitude,” she said.

The Eighties vibes prevalent in her women’s lines transferred over in the form of loose, windbreaker-style cuts with rounded shoulders — a house signature. Examples included a light pink sweatshirt with ivory patches, a thick brown leather bomber and a thin shiny silver jacket with khaki and copper panels that zips up the front. Further addressing the outerwear craze, she delivered trenches, an autumn-toned camouflage raincoat and a cosy reversible shearling coat.

Other highlights included a faded pink boiler suit and an added touch of humor on the back of a dark corduroy jean jacket: embroidered with a wolf face it reads “I howl my love for you.”

The label has its eye on the Marais district of Paris to open its first men’s store, signaling further expansion is in the works.