The Polish brand looked at the birth of counter-culture for its fall 2019 collection, which was presented in an underground car park. 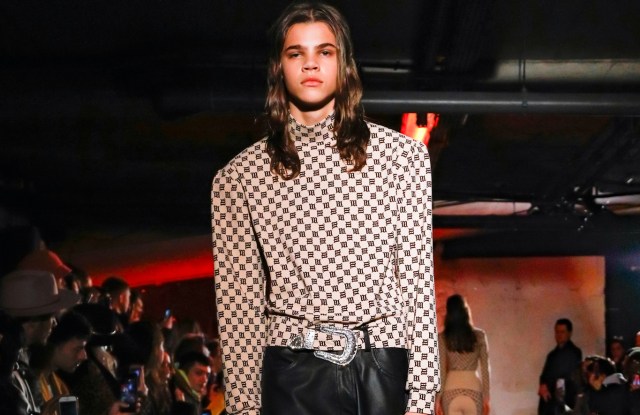 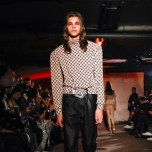 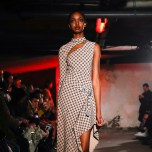 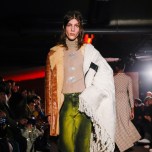 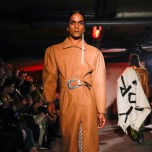 The mass of people pressing against the entrance of the venue could only mean one thing: the invitation to the MISBHV show had been leaked. “There are 3,000 people waiting to see you, so give them a show they will remember,” said designer Natalia Maczek during a pep talk given to the models backstage, in what seemed like barely an exaggeration.

In an underground car park in the seediest part of the 18th arrondissement, guests were packed into a show venue defying all security rules (as well as the “no smoking” signs). WWD was told that an interview post-show would prove difficult, as the venue was going to be transformed into a rave party. Models got changed in the parking lot’s toilets. The air was charged with the smell of dope, spray-on deodorant and pre-show nerves.

The collection seemed to meet the crowd’s anticipation. Cheers greeted the casting, a blend of models scouted in the brand’s native Poland – “We wanted to support our country and show these faces to the world,” said Maczek, who designs alongside creative director Thomas Wirski – and international talent, with a focus on blurring gender codes. Richie, a photographer from New York, wore a prairie-style, high-waisted skirt with a white lace hem. Dustin, a French model with a recognizable red mane of hair, a flowing dress with the MISBHV logo on the midriff.

Inspired by the iconic 1969 film “Midnight Cowboy,” the collection departed from the simple graphic T-shirts that launched MISBHV four years ago. Oversized silver belt buckles and cowboy shirts hinted at the Far West inspirations, while tie-dye prints and shearling coats referenced the birth of psychedelia in the 1960’s. Skin-tight tops and lime green suits and tracksuits were a nod to the brand’s side job as organizer of club nights in Warsaw. It was sexy, gritty, yet focused, and above all  energizing to watch.