His collection, with its Fox Brothers flannels and cozy knits was handsome and youthful, packed with tone-on-tone looks and loose tailoring. 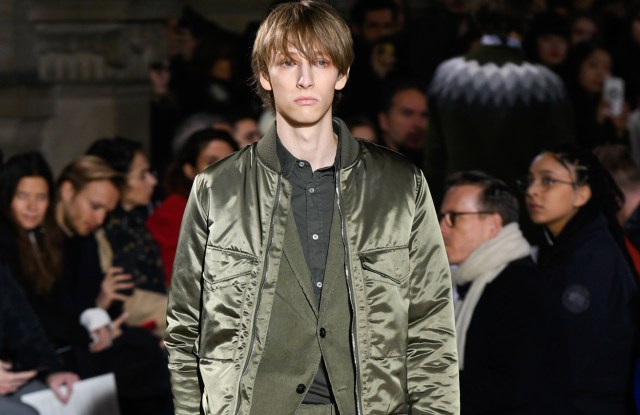 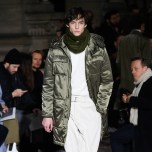 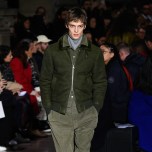 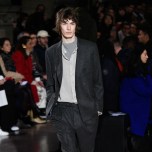 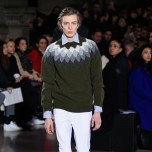 Pierre Mahéo’s moment has come around again, and he’s enjoying every second: “I can’t go against my DNA,” said the designer, referring to his zest for tailored clothing and controlled proportions.

“We’re seeing the return of the suit after a decade of streetwear, and I also tried to keep my volumes realistic, too,” said the designer, adding that he didn’t like the idea of a cold morning breeze infiltrating the coats through the sleeves. “Kindness means ensuring your clients don’t get sick.”

His collection, with its Fox Brothers flannels, velvet, wool and Scottish yarns, was handsome and youthful, packed with tone-on-tone looks and lots of loose tailoring: Suits came in gray, pinstripe, micro check flannel or corduroy, with pockets on jackets, and pleat front trousers with built-in belts.

Mahéo knocked the formality down a notch, layering the suits with turtlenecks, T-shirts, hoodies or tucked-in sweaters. He kept a close eye on sustainability, too, giving up on Japanese denim in favor of the European stuff to cut down on the brand’s carbon footprint.

Although long coats looked as if they were swiped from grand-père’s closet, the checked and plaid toppers had an up-to-the-minute feel. They were layered over slim jeans or rolled up cotton trousers and worn with boots and the brand’s first sneakers, which are made in Portugal with light, flexible soles.

Mahéo, who also showed versions of his suits, knits and coats on women, said he worked this season on the jacket shape, focusing on three-button styles with a rounder shoulder and sleeve, nudging them closer to workwear than traditional tailored clothing.

The collection was filled with soft edges in the form of Fair Isle knits and pullovers, leather and shearling jackets, and, naturally, the cool olive satin bomber that opened the show.