Fiery roses and illuminated youth, the designer went on a nostalgic trip down memory lane, as he imagine what would he treasure at 70. 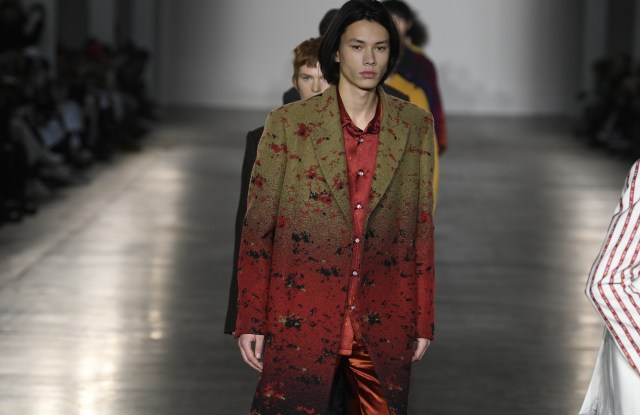 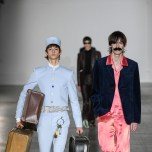 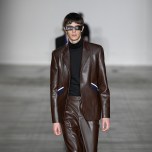 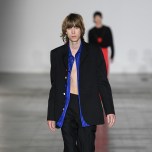 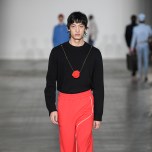 Shanghai-based label 8on8, designed by Li Gong, returned to London for the second time with the support of GQ China. Its fall show — a nostalgic mash-up of glam rock and sporty tailoring from the Seventies — was a hoot.

The opening looks resembled the bellhops uniforms in Wes Anderson’s “The Grand Budapest Hotel” — though pastel blue instead of purple. Feeding the theme, some models strode the runway in bathrobes, while others wore black tie. His cast of characters included plus-size and transgender models.

The title of the collection “Wait Rose!” comes from the British upscale supermarket Waitrose. When Gong studied at Central Saint Martins, he always went there for groceries and it reminds him of his younger, rosier days.

The designer also debuted a Kappa collaboration that included sleeveless jumper, golden tracksuits and high-tops. The sportswear brand is celebrating the 50th anniversary of its Omini logo this year.