Opulence with cultural references through time and around the world, he delivers a maximalism collection London has been waiting for. 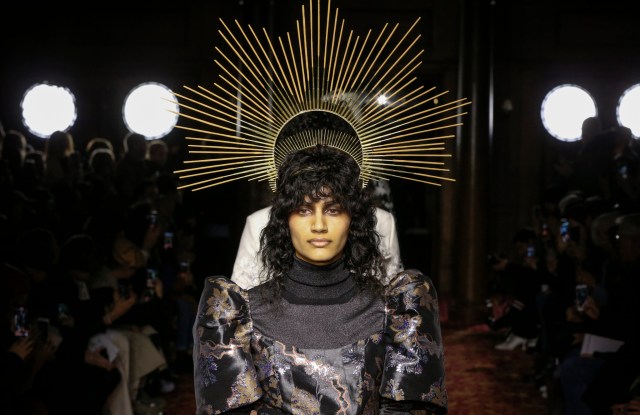 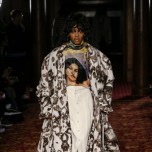 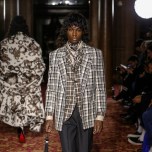 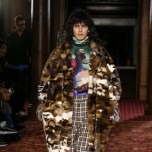 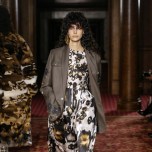 The winner of two Woolmark Prizes in 2019 and the right hand of Kim Jones for almost a decade, Edward Crutchley is no longer low profile, and his high sell-through rate at retail is proof that he’s gaining a wider audience.

For the fall 2020 season, the designer wanted something that “felt rich, perhaps with a little bit of depth to it than last season. I felt a little bit [of] mix up, so it wasn’t a full look,” Crutchley said.

The collection was a full-on display of what he does best — opulence. Elements of Filipiniana dresses, cable knit, Javanese batik, Versace poser suits from the Nineties and 18-century English chintz populated the runway.

Interestingly, the designer chose a song from “RuPaul’s Drag Race” contestant Iman Diamond’s “Opulence, you own everything” for the finale, adding a dash of tongue-in-cheek joy to the show.

Well-tailored suits and court dress-inspired looks were embroidered with Japanese chrysanthemum patterns with rhinestones, as Dolly Parton would want it, he said, and matched with a fez by Stephen Jones, or colorful triangular hats inspired by the Herero people of Namibia, where Crutchley traveled to last summer.

Highlights from the collection also included a voluminous mink coat, and out-of-this-world prints from artist Erik Jones. Crutchley bought a graphic and sexually explicit painting from Jones as a reward for winning the Woolmark Prize, and he loved it so much that he connected with the artist via Instagram DM and proposed a collaboration.

“I found the way he distorts the body in his works is very interesting, apart from the genitals and all that,” Crutchley said.