Hussein Chalayan took a look at space, and the way people move through it, as a cue for his fall men's show. 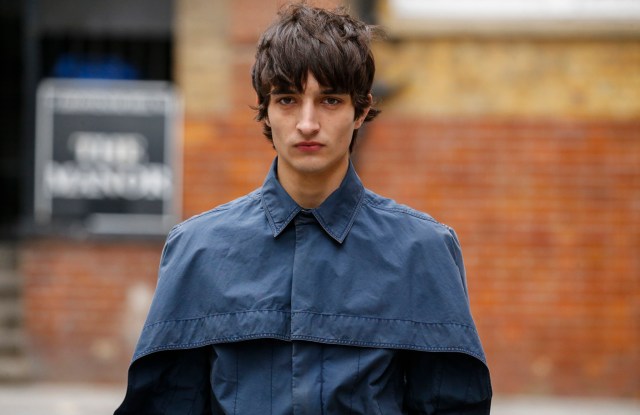 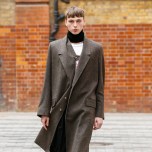 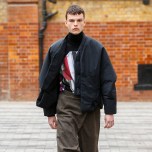 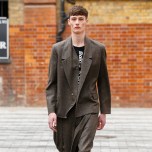 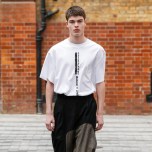 Hussein Chalayan took a look at space, and the way people move through it, as a cue for his fall men’s show, which had models entering his austere Mayfair boutique and circling the black boat-shaped fixture at its center. The designer also referenced Aboriginal Australians and nature rituals from the Far East in this sober, elegant collection filled with clever folds, drapes and details that appeared to melt into one another.

Seemingly simple shapes came with extra fabric: long, rectangular flaps on boiler suits; pleats running down the arms of boxy military jackets, and double lapels that emerged from the inside to the outside of tailored jackets.

The details, Chalayan said, were meant to frame and define the body in its environment.

Naïf black-and-white line and dot patterns were inspired by the cross-country paths and routes referenced in music created by Aboriginal Australians, while lusciously rounded, cocooning outerwear exuded warmth, and a sense of protection for fashion warriors venturing into the often harsh outside world.