A classical way to present a sentimental designer's study on how artists used banality to set themselves apart from the rest of society. 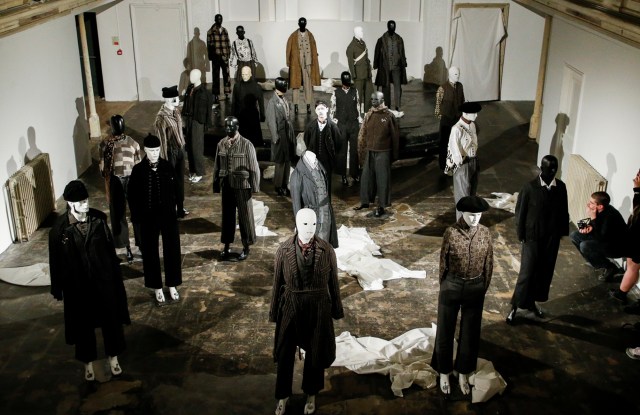 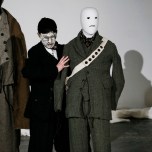 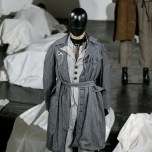 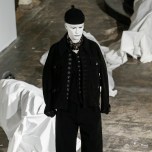 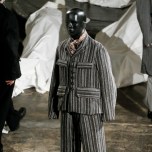 John Alexander Skelton was a hidden gem of this season’s London Men’s Fashion Week. His intimate presentation at the Zabludowicz Collection in Kentish Town revealed each look with the play “Under Milk Wood,” a 1954 radio drama by Welsh poet Dylan Thomas, commissioned by the BBC and later adapted for the stage. As the narrator progressed, he uncovered one mannequin after another, lifted them, whirled and placed them one by one.

“It is a poem that I have been obsessed with for a really long time and I had wanted to work it into [my collection] because I love it so much and I listen to it as I would listen to music I suppose,” Skelton said.

The clothes were classical post-war England working class, rough but with dignity, with a dash of bohemian Soho vibe, circa the Forties and Fifties. The Sarabande alumnus is more period drama than current fashion.

The designer said he was interested in how people like Richard Burton, who voiced the poem for BBC, Lucian Freud and Francis Bacon distinguished themselves via ordinary clothes.

“Dylan Thomas was really famous for being very scruffy and he would wear these kinds of thick knotted artists necktie, which was one of his sister’s scarves or something. That is one of my interests looking into how you can create something interesting out of something very banal and how the artists set themselves apart from the rest of society,” he said.

The clothes in the fall collection were made with different shades of natural gray wool yarn he sourced from across the U.K.