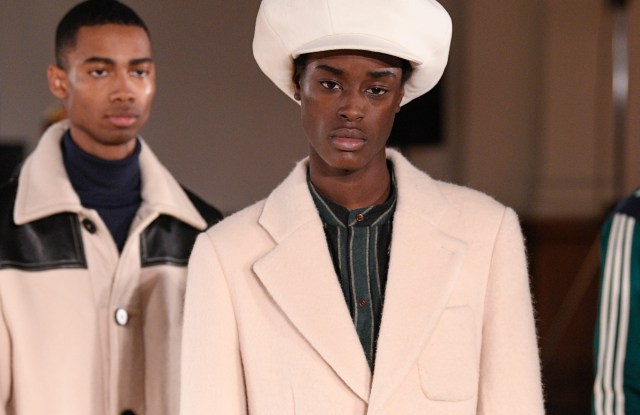 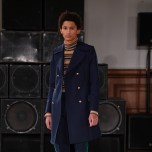 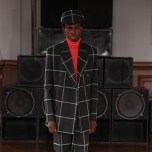 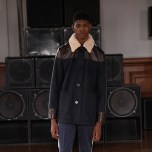 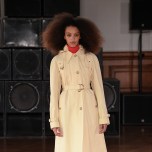 From the moment guests walked into the venue, which was set up like a church hall, community center or high school gym with round tables, bowls of fruit punch and trays of fragrant food steaming away in the corner, it was clear this show was going to be something personal, and special.

And so it was: Wales Bonner lent her light touch to this sweet, chic collection that conjured Seventies London fashion through the eyes of young British Afro-Caribbeans, and celebrated their irreverent mix of Savile Row fabrics and shapes with the punchy colors and silhouettes inspired by islands including Jamaica, Barbados and the Grenadines.

“It was a homecoming for me, it’s what I grew up with,” said Wales Bonner, who has returned to the runway after a few seasons of presentations and private appointments. “It was important to work with British tailoring — and show the eclectic, defiant way second-generation Afro-Caribbeans dressed.”

Gigantic windowpane checks flashed from tailored suits and circle skirts (Wales tossed a few women’s looks into the mix) while naval uniform coats were lean with wide lapels and shiny buttons. She paired the latter with two-tone trousers — blue with an emerald velvet stripe down the side.

The jackets were pure joy: A boxy, shearling one had a workwear feel, while a tailored one was worn inside out with the shiny lining and ticking proudly exposed. Wales Bonner reimagined a track suit jacket in green satin with a high-knitted collar and cuffs, paired with bright red velvet trousers and a striped, wooly hat courtesy of Stephen Jones.

Knits with fat or skinny stripes, tailored denim, and trousers that veered from the high-waisted and sleek, to the comically oversized, proved those Seventies kids not only had buckets of style, but a sense of humor, too.