The designer’s new collaboration with L.L. Bean was evident throughout the collection. 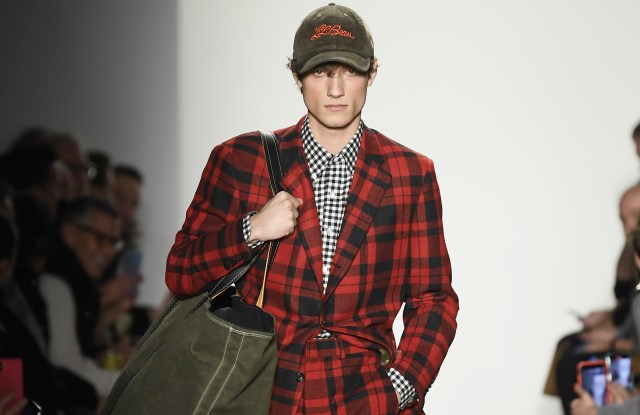 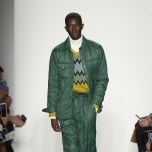 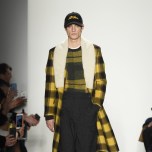 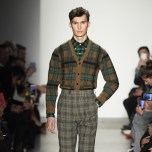 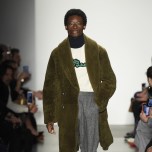 Todd Snyder brought the wilds of Maine to the concrete jungle of Manhattan for his fall men’s show. The designer used the stage to showcase his newest collaboration with L.L. Bean, a partnership that permeated the entire offering. From the tweed sack jackets paired with bright nylon puffer vests to the archival duck-print shirts and hand-knit sweaters, Snyder sought to blend a great outdoors sensibility with his tailored aesthetic.

The designer said he spent several weeks at the Bean headquarters in Freeport, Maine, researching the brand’s history, and used many of its most iconic pieces as inspiration. “The outdoor story needed to be told,” he said, adding that the goal was to mix “sartorial” references “with active notes.”

In some cases it worked well, such as in the beefy topcoat in buffalo plaid and the high-waisted pleated trouser paired with a vintage-inspired alpine sweater, his modern take on the classic Bean hunting boots and his reworking of the brand’s tote bags. Other times it felt forced. Case in point: a Smokey the Bear-printed Sherpa shirt jacket with matching shorts and long johns under a Harris Tweed short suit.

He also showed a handful of women’s looks for the first time. He called them unisex looks that answered the demand he’s experienced from women who choose to wear his men’s wear. But he did admit that he was thinking about launching a full women’s line.

The designer’s celebration of American culture and heritage was a welcome addition to the anemic New York men’s calendar, but the show felt more like an L.L. Bean showcase than a true Todd Snyder show.