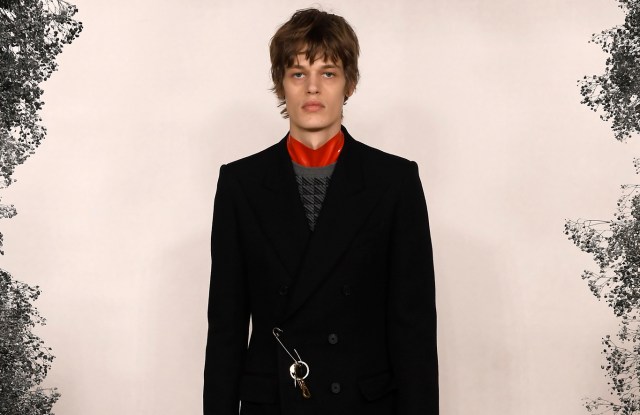 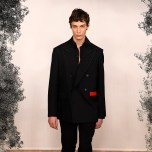 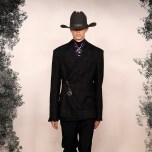 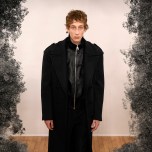 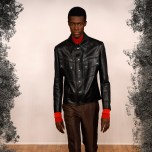 Ever since Clare Waight Keller made her return to the men’s wear calendar a year ago, her Givenchy man has oscillated between razor-sharp tailoring and an elevated take on urban sportswear. The range widened further with her fall collection, which introduced a brawny new element to the mix.

The display opened with a tailored black coat fastened with an oversize safety pin adorned with trinkets. The pins were a recurring theme of the show, appearing on the back of a military-style greatcoat, or cinching an oversize plaid suit jacket — the latter worn, somewhat incongruously, with a cowboy hat.

Waight Keller said she was inspired by the recent exhibition at the Musée des Arts Décoratifs on the life of Maharaja Yeshwant Rao Holkar II, who became Maharaja of Indore in 1930. An important arts patron in the Twenties and Thirties, he embraced modernism and commissioned priceless jewelry creations.

“It just was something that felt really interesting to me, this idea of the urban drifter that kind of came and captured different types of cultures,” Waight Keller explained after the show. “It’s a slightly tougher guy, and I think there was something for me that struck: that I have two sides of my men’s wear.”

Make that three: the ranch dweller was the unexpected newcomer to the Givenchy party, striding in with square-toed boots and a battered black leather coat. Or he might be wearing a bruised purple bush ranger coat with an oversize sweater, black leather pants and steel-capped boots.

You could just about square him with the slightly dissolute dandy who slung his pebbled leather trenchcoat over a white shirt tucked into the high ribbed waistband of his tailored pants. But it was hard to imagine this mysterious stranger bonding with the fellow in the sparkling jewel-embroidered shirt.

Waight Keller attempted to reconcile the two by combining a sweeping black coat in a Givenchy logo jacquard with a sheer embroidered top. It felt like an unnatural pairing. Givenchy’s couture-level men’s clothing is in a class of its own. Those pieces were the stars of the show, and should shine on the red carpet come Oscars night.