Julien Dossena created a collection that riffed on David Bowie's changeant personas, in recognition of the ever-blurring of gender boundaries. 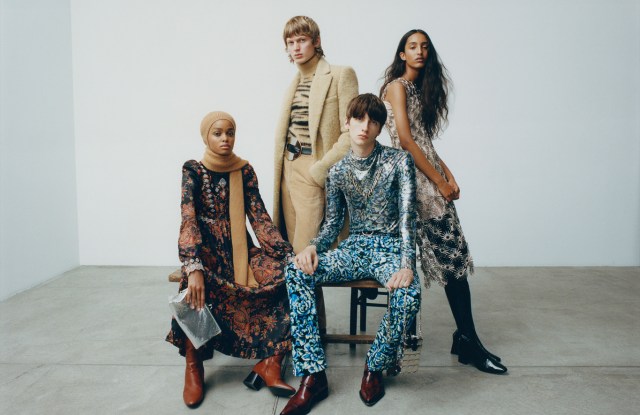 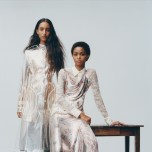 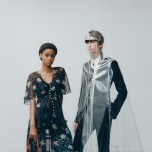 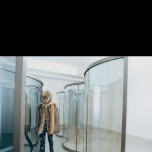 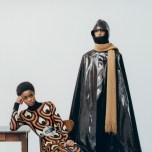 “Being sufficiently masculine or feminine isn’t even a question anymore. I’m against the idea of being defined by one’s gender, something which turned against women in most cases,” Julien Dossena said about his first full Paco Rabanne men’s lineup. Case in point: the PVC cape that appeared, with proportions tweaked, for men and women. The collection pushed individuality over gender, channeling David Bowie with sweaters with optical motifs; shirts in metal mesh degradés or opulently floral satin; sweater vests figured by assembled rhodoid lozenges. Those played surprisingly well with straightforward choices like mohair tiger jacquard sweaters, or a thick bouclé melton coat.

WWD Critique: Dossena may have imagined archetypal characters to build his collection, but it’s his ability to break down silhouettes into easy-to-assimilate separates that turns his proposals into temptations.