An Albert Einstein quote reminded Chitose Abe of the importance of her intuition, which always tells her to shake things up. 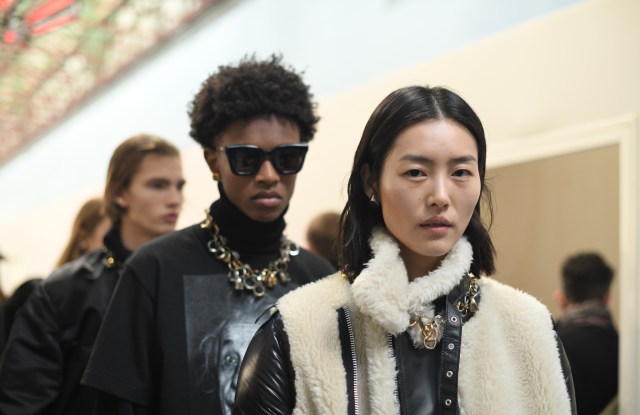 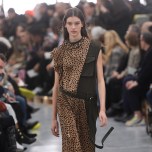 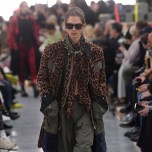 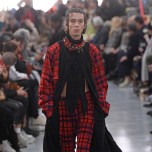 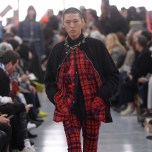 Everything is written in the stars in one way or another: from the love that permeated the fall Sacai soundtrack to the astral bandana print designed by tattoo artist Dr. Woo, from the fundamentals of physics to Chitose Abe’s gut feeling about her designs.

Which led to the starting point of the season. Backstage, the designer said an Albert Einstein quote — “I believe in intuitions and inspirations. I sometimes feel that I am right. I do not know that I am” — reminded her that that she should follow her intuition, which told her to challenge her own preconceptions.

This iteration, opening with a one-piece outfit made of a jacket worn over a peacoat and trouser legs split open, pointed to a reshuffling of her repertoire, which played the now-familiar tweeds, denims, pleating and other forms of utility-meet-softness. The layering of military elements wedged between tailoring and soft elements stressed an impression of peace, something Abe said was of a particular focus. For the men, the result was more Mod than martial, while women’s looks conveyed soft but undeniable power.

For those whose concerns were more down to earth, or rather the ground, there was an addition to the brand’s hookup with Nike with the introduction of the Vaporwaffle, based off the Vapor runner and to be made available in July in a red and white colorway in honor of the Tokyo Olympics.