The show’s theme was "partisan," which captured the irreverent, hardscrabble appeal of the collection. 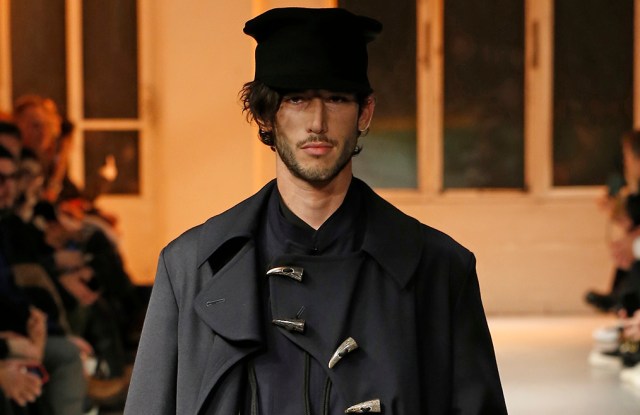 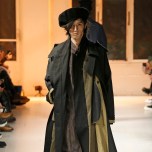 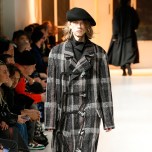 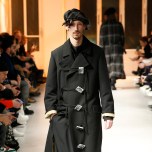 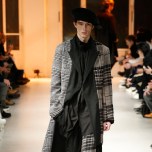 Yohji Yamamoto said he’s feeling very tired. “I’m becoming a little bit dangerous, I’m becoming naughty — about myself and to my home country, to the world, to the fashion world,” he said, backstage after the show. There wasn’t time to elaborate, but the bit about being tired, well, he’s also a man of contrasts and the energy of his lineup was certainly intact. It also felt in tune with the times.

His army of woebegone soldiers from a bygone era labored down the runway, the layers piled on. There was a Corto Maltese-looking character with a coat under his trench, someone who looked like he stepped out from the Great War and had the bottom half of one side of his coat sliced off. Unraveling sweaters had a Nineties grunge scene feel about them — appropriately layered under thick, checked wool coats — while a Depression-era, newspaper boy flavor came from outerwear with large patches of mismatched fabric and floppy hats. Crotches were dangerously low, scraping the knees, while waistlines were fattened, and wrapped firmly around the butt.

The show’s theme was “partisan,” — there was a photo of one on the invite, a proud French woman, clenching a fist in defiance against the Nazis — which captured the irreverent, hardscrabble appeal of the collection.

One trenchcoat carried a message: “Tuxedo park — no smoking,” which someone reminded him when he reached for his cigarettes after the show. He hesitated only long enough to hear what he was being told, then dug into the pack.