The brand looks beyond COVID-19, and imagines a world of men's wear with discipline, intensity and commitment in dressing up to the nines. 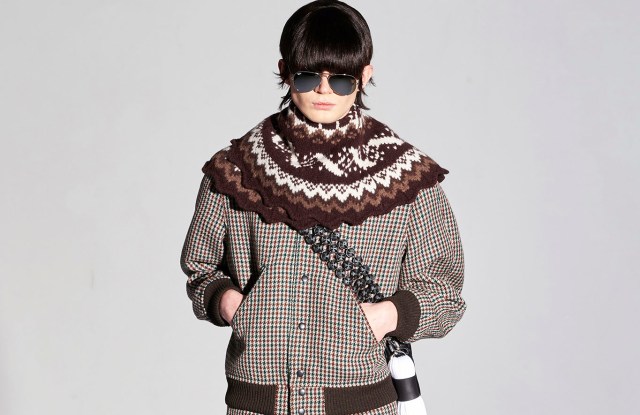 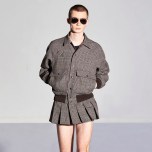 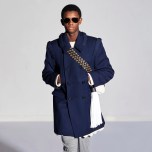 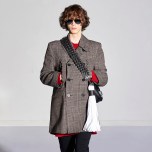 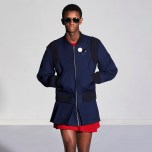 Capes are the new T-shirts and short skirts are in this coming fall, declared Stefan Cooke over a Zoom call for his new collection preview.

Tuesday marks a full year since the U.K. first entered lockdown due to the pandemic. Like many others, Cooke and his partner Jake Burt have gone through phases in dealing with this life shift. These changes have had a direct impact on the design as well.

Cooke offered a cozy and relaxed spring collection that mirrored the WFH reality, but for fall the duo looks beyond COVID-19, and imagines a world of menswear with discipline, intensity and commitment to dressing up to the nines.

Key pieces from the collection are the statement capes, varsity jackets and matching short skirts that bear striking yet refreshing resemblances to the Balenciaga fall 2006 collection designed by Nicolas Ghesquière. The knitted scarf on the opening look, which is basically a half knitted sweater, and the giant shearling collar appears to be a nod to the brand’s fall 2007 collection.

The designer admitted that Balenciaga’s cocoon shape-heavy collection, which was “the best collection that has ever happened,” among some other iconic seasons and the rising street-style scene of the mid-early 2000s, was a big source of inspiration for the season.

The duo perfected the final shape of the short skirts after “endless fittings and tweaking of patterns,” as they wanted to present the skirts without any irony.

“Men in skirts is kind of a weird topic, but I think what’s good about these looks is that they feel really legitimately masculine, it doesn’t feel like you’ve taken a womenswear look and put it on a man which I think is quite nice. I also think they’re just really severe; we’ve tried this season to make super hard-hitting,” he said.

Another standout is the clever use of pin badges on the collar and shoulder of a navy peacoat, or on the sleeves and pockets of an oversize trenchcoat. It added a sense of refinement and playfulness to the lineup.

The majority of the collection still centers around the idea of creating a men’s wardrobe through the eyes of Cooke. Be it with the slashed cutout sweaters, leather and shearling jacket, or the denim pieces made with details that are reconfigured from Cooke’s CSM MA Fashion graduation collection.