The Los Angeles-based designer offered a collection that blended streetwear and luxury elements. 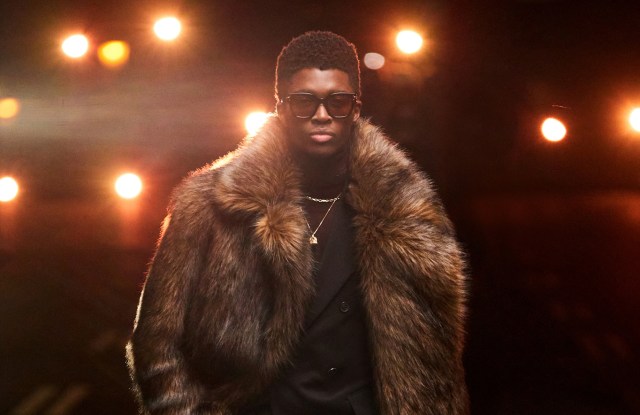 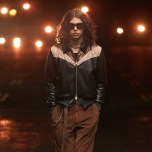 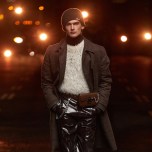 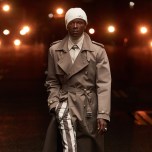 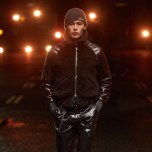 Even when he was showing his collection in Paris, Mike Amiri never lost sight of his Southern California roots. And when the pandemic forced him to return home to showcase his men’s line, that Los Angeles-fueled sensibility became even more evident.

For his fall collection, Amiri took over the 4th Street bridge in downtown Los Angeles, a location that is a stone’s throw from his design studio and an overpass he has crossed more times than he can count.

“Reflecting on the past year, I was inspired by where I started, in the downtown Arts District in L.A.,” the designer said. When he opened his studio in 2009, he recalled, the neighborhood was dark yet romantic, as a confluence of artists took over the former industrial buildings for their work spaces.

With this as the backdrop, Amiri created a film where models walked the deserted bridge in daylight and at night in an innovative new take on the traditional runway show. Using four musical tracks from The Roots, another favorite of the designer, also helped set the tone.

The extensive collection effectively blended streetwear and luxury references, a nod to where the world is headed as the pandemic begins to loosen its grip on society. “People’s comfort levels are rising and they’re wanting to dress up again,” Amiri said. But the health crisis will have a longer-lasting impact as men no longer want to be buttoned-up, but instead are seeking relaxed yet sophisticated wardrobe options.

Amiri answered that call with a looser, more voluminous silhouette, which he employed in flared pants and less-fitted blazers. Key looks included a boiled wool suit, workwear-inspired carpenter pants, leopard-print cardigans and soft leather jackets, many of the looks layered together to reflect this new reality.

By using a variety of fabrics — from cashmere and mohair to patent leather, flat leather and fake fur — Amiri’s message of dressy and casual was well represented. “It’s dressed up but relaxed, which is where men’s wear is going,” he said.

Amiri revisited the 4th Street bridge in an eye-catching print he reimagined on silk camp shirts that also served to brighten the otherwise neutral-colored palette of the collection.

Although the designer has been back in L.A. for the past two seasons, his time showing in Paris left its mark as he honed his ability to seamlessly show off his California heritage while embracing the “refinement” of the Parisian landscape. “As a designer, I’ve gained a few more tools,” he said.

Amiri also planned to show off those newfound skills at a drive-in screening of his film in Los Angeles for family and friends, who were often unable to attend his shows in Paris. “It was always bittersweet,” he said, adding that this return home allowed him “an opportunity to be creative” and include those who have been meaningful to his life and career.