Elegant and refined, the Kb Hong men's collection provided one excellent example of fashion made in China. 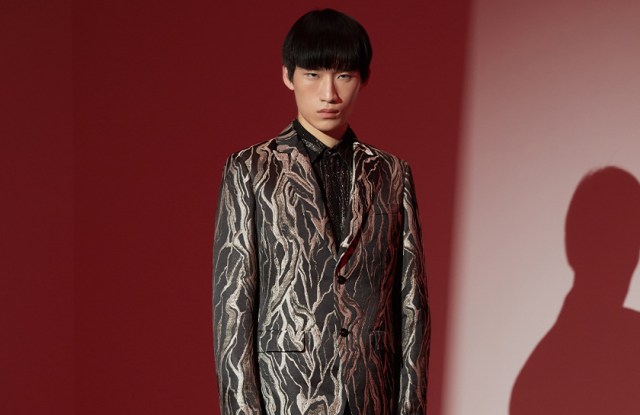 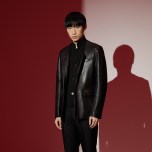 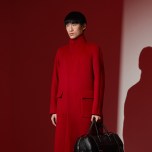 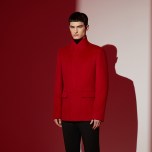 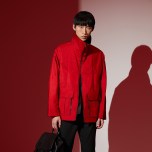 Kb Hong’s plans to go big and international were evident in the Chinese brand’s second presentation during Milan Fashion Week, a livestreamed show filmed on the beaches of Jinjiang, on the outskirts of Quanzhou.

The aerial views of the long coastline at dawn with models walking along the water’s edge telegraphed a serene, relaxed atmosphere.

The collection, by contrast, was sleek and polished, built on sartorial pieces injected with military references. It was built on two recurring silhouettes: Bomber jackets paired with pleated pants were the more everyday alternative to traditional suits. They came in an array of variations, including a leather option splashed with sinuous graphic motifs reminiscent of ocean waves.

On the other end, traditional formalwear was revisited for suits crafted from luxurious Italian fabrics featuring stand-up collar jackets, a detail that appeared throughout the lineup; for example, on a sleek monochromatic look that included a well cut long coat with utilitarian pockets and matching pants. A range of occasion suits with Mandarin collars were crafted from jacquard wool and featured geometric patterns, while more precious options were enriched with golden threads, creating abstract motifs.

With its discreet elegance and level of craftsmanship, the collection provided an excellent example of fashion made in China.