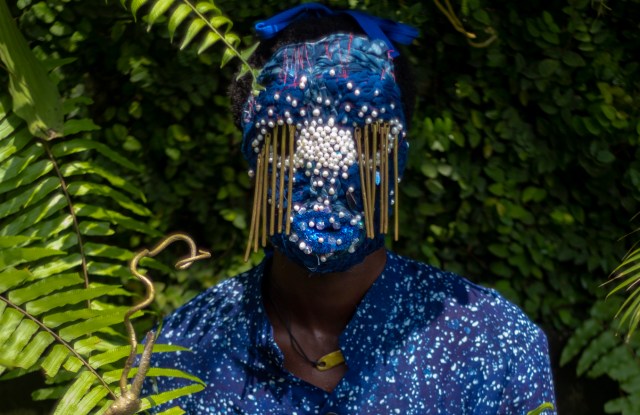 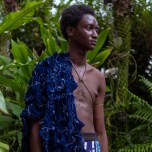 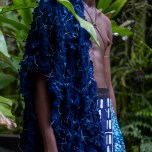 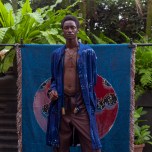 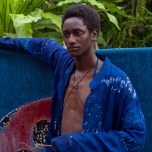 On the first day of Milan Men’s Fashion Week, Nigeria-born designer Adeju Thompson, who goes by the pronouns they/them, made a strong point about cultural appreciation, offering a glimpse into the traditions of their native Yoruba community of Western Africa’s inhabitants.

Thompson delivered a fashion film lensed at the UNESCO World Heritage site Osun Sacred Grove, one of the last remnants of primary high forest in southern Nigeria, evoking the sacred and respectful atmosphere of the gender-bending ritual known as Gélédé, aimed at celebrating female ancestors, deities and the community’s elderly women — all embodied by men.

The poignant images accompanied by a heart-beating soundtrack almost outshined the collection, a selection of pieces the designer would wear themselves, as they explained during a preview.

The collection, titled “Aṣọ Lànkí, Kí Ató Ki Ènìyàn,” which translates into “we greet dress before we greet its wearer,” was as much about the clothes’ ritual significance as about breaking the rules of normative fashion.