The designer respected his dual roots in blending British tailoring and African techniques in this bold collection. 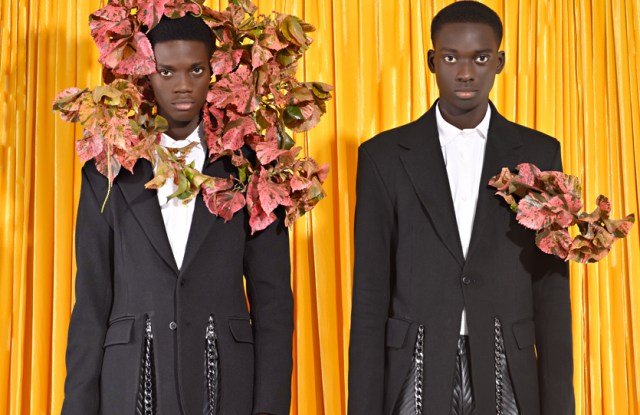 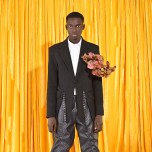 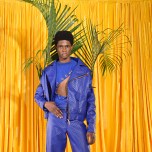 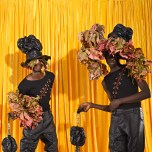 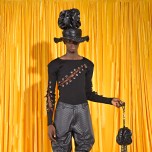 Insistent drumming and a voice-over expressing the values of the brand marked Tokyo James’ rite of initiation to the Milanese schedule.

Nodding to the Yoruba heritage of the Nigerian-British designer, the short film with which the label unveiled its fall collection referenced the Celestial Church and Eyo Masquerade festival taking place annually in Lagos, while a vocal manifesto underscored that “the essence of identity is culture” and what was to be presented was “a celebration of difference within the masculine.”

In offering his personal take on men’s wear, James respected his dual roots as he addressed British sartorial tradition and African techniques. In this bold lineup, he revisited tailoring via cuts and deconstructed silhouettes in raffia woven by local artisans and introduced chain details to toughen up blazers. Allover, multicolored sequined suits made for fun, statement looks that require an extra dose of confidence.

In an edgier turn, the designer wrinkled embossed leather for pants and mixed these with fine knits and sequined bomber and biker jackets, as well as using it in vests and harnesses worn over shirts.

It was a fine introduction, yet James could have pushed the envelope further in his quest to show different expressions of masculinity.