Matthew Williams designed the fall 2021 collection with fuzzy textures, forgiving proportions and warm colors, including browns and tans, plus red and sky blue. 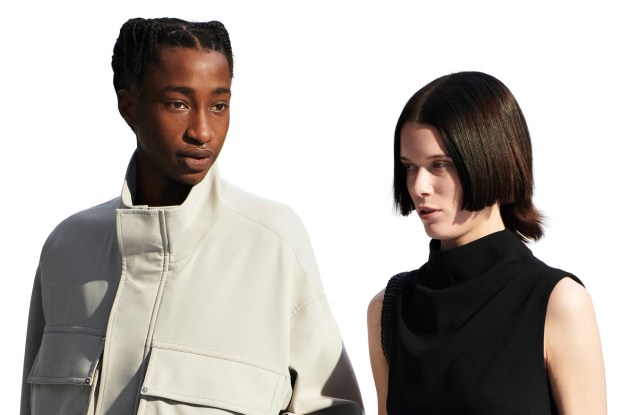 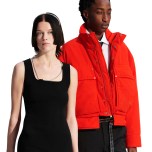 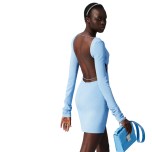 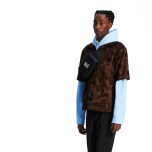 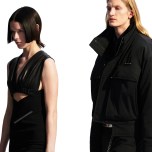 There’s a detached, industrial-tinged cool to the fashions Matthew Williams designs for his 1017 Alyx 9SM label. So for his fall collection look book shoot, he selected the Berlin-based Latvian photographer Ilya Lipkin, whose claim to fame is capturing kids in Alexanderplatz, where the sun bounces off a cluster of glass skyscrapers, creating an unreal light.

The models in the Alyx photos pass through the frame without expression or eye contact, as if they’re not aware they’re being photographed. The surprise is how approachable and inviting their clothes are, what with all the fuzzy textures, forgiving proportions and warm colors, including browns and tans, plus red and sky blue.

“There’s an ease of dressing that I think is really relevant to now,” Williams said, dialing in from the shoot for a video preview and describing slightly oversize silhouettes — plus knitwear and shearling galore. “Even the footwear, a lot of it is just slip-on for ease of dressing.”

Among the latter is the Mono Slip, a single, seamless piece of molded EVA foam given a glossy black or mirrored finish. It’s the second iteration of the shoe, and it perfectly illustrates Williams’ obsession with modern craftsmanship and his product-focused approach to design at Alyx. Instead of a laundry list of artistic references and philosophical musings, his press notes are long on technical specifications, describing micro versions of his signature roller-coaster buckle, the synthetic teddy fur used for outerwear, and the prowess of Caruso, which realizes the tailored pieces for men and women.

Tailored coats are indeed very chic, long and sleek; while technical parkas and bombers are gently padded, softening their oversize, geometric pockets. For women, tank dresses are short and to the point, those funky buckles incorporated into the straps. Williams, ever the California boy, took jean jackets and elongated them into cool tunics for men, and a curvy coatdress for women.

While Williams is only 35, this fine, carefully considered collection demonstrated a confidence and maturity beyond his years.