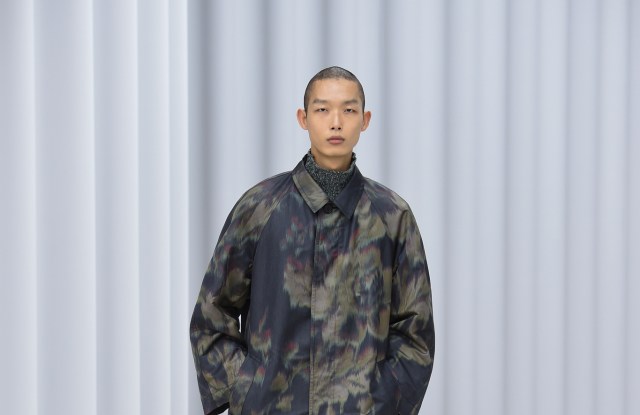 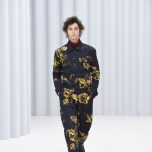 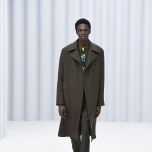 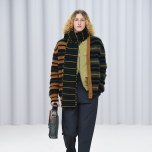 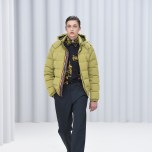 Old and new, analogue and digital. Paul Smith had it all for fall, with a runway show video that was part of the Paris calendar, and a double album of reworked jazz hits that he mailed to the homes of press, buyers and other show guests.

“I wanted something that was inspirational, friendly and not related to commerce at all,” said Smith of his decision to send out the double album, “Blue Note Re:Imagined 2020” (Decca Records).

Artists include Jorja Smith, Ezra Collective, Blue Lab Beats and Nubya Garcia performing songs such as “Rose Rouge” and “A Shade of Jade.” Smith listened to “Blue Note” as he designed this latest collection — which is also a compilation of old hits.

Smith is a lifelong music lover who made friends with the likes of Eric Clapton, Jimmy Page and David Bowie early in his career, when he was going to gigs and selling the rockers his silkscreen T-shirts.

The designer said it was difficult to find inspiration during lockdown as travel was off the agenda, museums are closed and people are holed up at home (except for Smith himself, who is still going to work each day at his London headquarters, turning the lights on and off and emptying the wastepaper baskets like he did during last year’s lockdown).

“I designed what popped into my head, and it’s very British. It’s the classics, reworked,” said the designer, adding that he was influenced by grunge, Mods and skinheads.

But there was nothing tough or even counter-culture-ish about this polished, sophisticated collection, which featured tailoring tossed up with workwear styles and long plaid scarves, all in an earthy color palette.

A long dusty rose coat was a lovely contrast to softly tailored dark plaid or check suits and coats. Smith’s outerwear in particular was rich, and his shearlings luscious — a teal topcoat; a short, dove gray jacket, and an aviator style the color of a cinnamon bun.

Creating the show was no mean feat. Smith was allowed just six models and filmed the runway presentation Thursday, in a London factory. The film was finished early Friday morning, just hours before it dropped online.

Smith’s team built the set, and he said everyone was regularly tested for COVID-19, while clothes needed to be sprayed with disinfectant every time they were touched.

“It was very complicated,” said the designer, adding that the exercise was also inspirational. “Do we ever even go back to a ‘real’ show?” he asked, adding that future shows could be smaller, or done in different formats.

Smith, who packed Instagram — one of his favorite mediums — with more content about the collection, said he also liked the video format because “fans could see it, too — not just the press.”