Capturing the essence of California, where the threat of natural disaster is everyday, and the future thinking to mitigate it a chief industry, Los Angeles designer Reese Cooper brought his men’s and women’s catwalk to the historic Mt. Wilson Observatory.

The tailoring-meets-outdoor gear head collection stood up to the dramatic indoor-outdoor setting, further elevating 23-year-old Cooper as a sustainably minded American sportswear designer to watch in both men’s and women’s wear, and a gifted storyteller.

Located in the San Gabriel Mountains, the observatory has measured the size of the Milky Way and the distance to nearest galaxy neighbor Andromeda among its 116-year achievements.

But this “chapel of astronomy,” as the executive director described it in the intro to the 17-minute runway film, has been nearly destroyed multiple times, most recently by last fall’s Bobcat Fire, which came within 500 feet, underscoring fashion’s most crucial mission — sustainability — which is at the core of the designer’s collections, made locally in L.A. almost exclusively of dead stock fabrics.

“Once you see for the first time a mountain that is black, and the sky so orange you can’t go out and do anything, you realize how bad it’s gotten,” Cooper said of the record setting 2020 California wildfire season that burned more than 4 million acres and inspired him. “The observatory is such a beautiful place that came so close to being destroyed. To me, it represents a sense of hope.”

There was a lot to think about seeing aerial views of scorched earth contrasted with stalwart pines and new regrowth, with models in masks, protective-looking functional gear and Cooper’s debut hiking boots, walking around the domed enclosure for the 100-inch telescope that reaches to the cosmos for answers.

The idea of resilience also resonated in COVID-19 times. (“What happens to the land happens to the people,” was a mantra for the designer.) Questionable though it may have been to produce a show in a global hot spot, Cooper’s team took precautions, including trimming the number of models from 45 to 15, and requiring them — against their agents’ wishes — to cover their faces with masks.

He also had to do a fair amount of campaigning to get the U.S. Forest Service on board to host a fashion show for the first time in the spot, now closed because of the pandemic. Eventually, the chance to draw in a new generation won out. (A selection of buy-now accessible hoodies and Ts available for sale now on Cooper’s website benefit several wildlife organizations, including the National Forest Foundation. “The two show days of the year are when your site has the most traffic and traction and if you don’t have something there to capture that, it feels pointless,” Cooper said.) 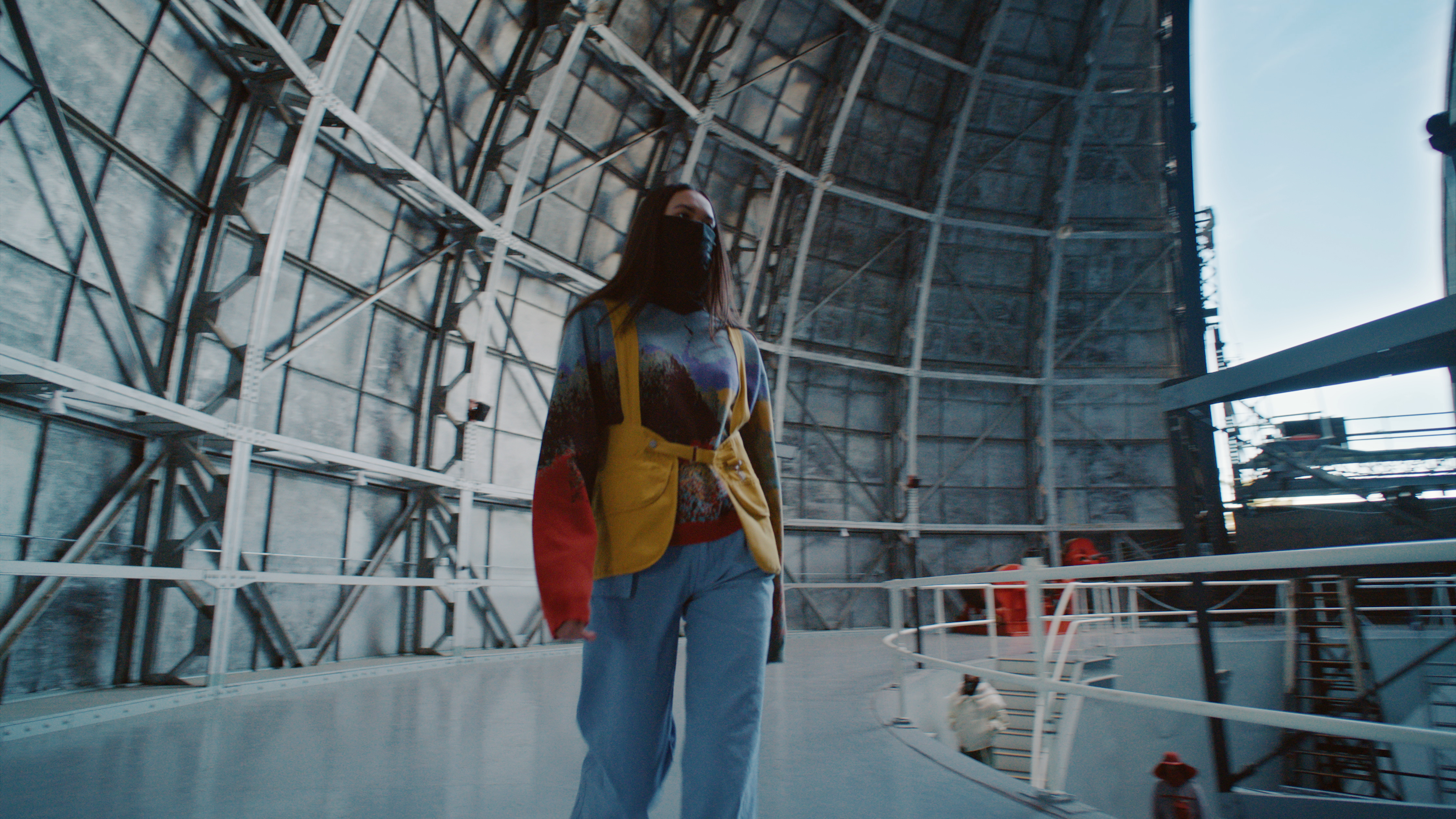 Cooper is demonstrating more maturity as a designer; he introduced tailored coats for the first time, slimmed down the overall silhouette and perfected the boxy, slightly cropped bomber and hunting jacket shapes that are becoming signatures. Throughout, there were lots of technical straps, storm collars, buckles and utility pockets that outdoor-fashion nerds like to geek out over, but they were measured. A location-specific camo print of abstracted burning embers, and another of Phos-Check flame retardant running red through woods, added a collectibility factor.

Even while sticking to his values, Cooper is managing to bring down prices by as much as 30 percent, placing him closer to the contemporary category and opening up a path toward building a more accessible brand like Rag & Bone, for example.

As for Paris, as much as he misses it, bringing people to a special place close to home via film was almost better, he said. “I have so much more freedom to do what I want — and exposure. Doing a show there are 200 or 300 people in a room, our last show did 200,000 views.”