The collection was dark and defiant — and full of lust-worthy coats. 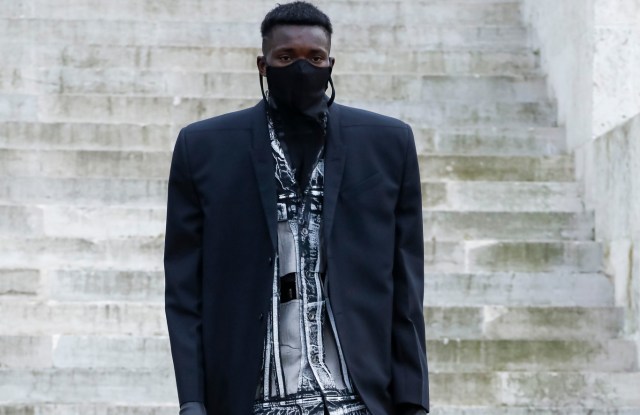 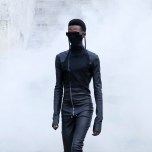 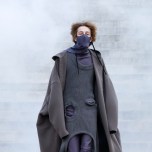 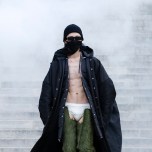 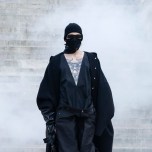 The calamities of the past year — health, environmental, social and political — feel almost biblical in proportion and affected fashion designers in myriad ways.

Rick Owens admitted Thursday to feeling some suppressed rage, which spilled out into his dark and defiant fall collection, paraded in front of the Tempio Votivo, a First World War military shrine and a reassuring beacon that the designer sees every time the boat pulls in from Venice to Lido island, his second home.

“It’s inauguration week, and I was thinking about how this collection was conceived during a very dark period…even though it’s a very optimistic moment, and I’m basically an optimist,” Owens mused over FaceTime on Thursday morning, a few hours ahead of his livestream. He summed things up: “Lots of black ripped-up things. Back to that.”

Many designers have been serving up the fashion equivalent of comfort food this season: clothes that are familiar, roomy, cozy and comfortable.

Not Owens. Here was a helping of raw meat with no attempt to disguise that it came from an animal. From the square toes and extra-long tongues of his high-top sneakers — a collaboration with Converse unveiled on the runway — to the skin-tight leather bodysuits that can zip up over the face, these fashions were fierce, virile and exhilarating.

Like his women’s show last fall, also paraded outdoors not far from the Lido’s famous beach, the models hurtled through disco smoke wearing meaty bomber jackets, puddling jeans, twisting sweaters pockmarked with holes and “pandemic masks.” Owens tells it like it is.

“Sitting back and being comfortable and swaddling yourself? I don’t disapprove of that. But that’s just not the direction I believe in,” he said. “I believe in stepping up, pitching in, being as vital as possible.”

Owens succeeded, for here were clothes that were as dignified as they were edgy. Good luck finding a cooler shearling coat, a more dramatic hooded robe, or a more striking puffer — some tattered; others cut into majestic swing shapes. Some of the latter even came in purple, reflecting the color of unity that emerged at Wednesday’s ceremonies in Washington.

There was wry humor and sly commentary in the high-heeled cowhide thigh boots shown with tighty-whities, the epitome of Middle America underwear. No Y-fronts here, but flies in the shape of a pentagram, a symbol of Owens’ Drkshdw brand and of paganism. “Unhinged male energy,” the show notes intoned, “a rough sketch of our barbaric, contradictory times.”

Owens titled the collection “Gethsemane”  after the garden in Jerusalem where Jesus is said to have prayed and agonized the night before the crucifixion. Asked if he’s religious, Owens said no, while exalting the wisdom in the Bible as a blueprint for living, and a description of the human condition.

“I believe in living living an honorable life and doing your very best. And I do believe in kindness,” he said. “That’s my religion.”