The vast collection spanned heaven and hell - and stretched the boundaries of luxury streetwear. 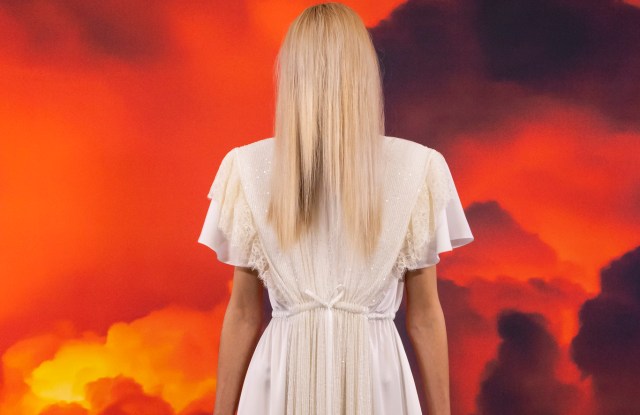 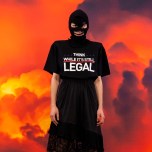 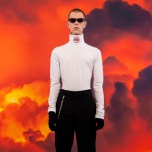 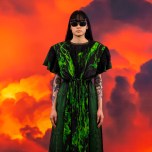 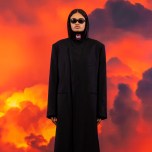 “Think while it’s still legal” is the message T-shirt with shoulder pads that opens Vetements’ fall look book, a dump of 165 images with backdrops indicating earth, heaven and hell. But it’s the “Gvasalia for Vetements” one — done up in the style of U.S. Sen. Bernie Sanders campaign posters — that’ll probably break the internet, given the reaction to the American senator’s inauguration mittens.

The latter slogan is something of an inside joke at Vetements’ Zurich headquarters since its chief executive officer and cofounder Guram Gvasalia recently landed on the cover of Forbes Georgia with a headline alluding to a purely theoretical run for office in his home country that the executive lobbed in the interview inside.

All of which is to say the brand still wears its provocative and irreverent heart — and its Goth script logo — on its sleeve.

“The Matrix” film franchise and the ’90s rave scene came to mind seeing the long, strong-shouldered coats, the tight turtlenecks, and the poisonous green wisps of smoke on shiny blouses and miniskirts.

An instigator of the luxury/streetwear fusion, Vetements continues to stretch the boundaries of those previously estranged universes, mingling glossy python coats, pretty but off-kilter lace skirts and full-on evening gowns with blown-out jeans, baggy shorts, motocross graphics and a baseball cap with the “F” word.

The biggest surprise about the collection was its vastness, which Gvasalia said demonstrates how diversified the brand has become, and that it has big ambitions. “Everyone is trying to reduce. We chose to be fearless,” he said.

The brand’s hard-core personality comes to life with its fast-paced runway shows featuring street-cast models hurtling angrily through offbeat flea markets or grubby restaurants. Some of that energy is felt in the photos, but one model — in look 155 — actually cracked a smile. The world is changing.