Brunello Cucinelli touted "simplicity in elegance" revisiting the suit with blends of light and precious fabrics and a more relaxed and contemporary fit. 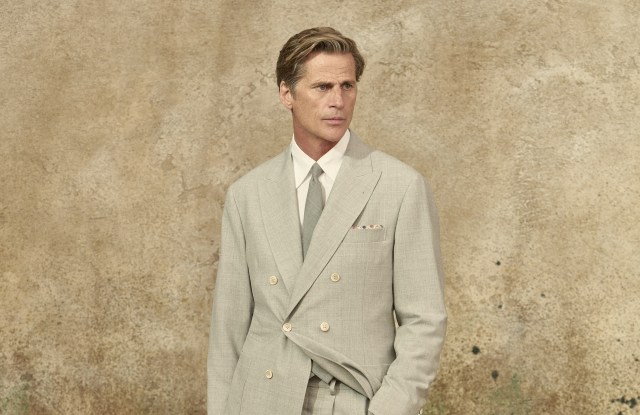 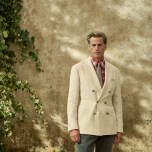 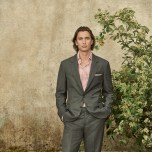 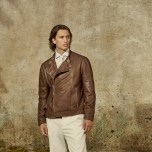 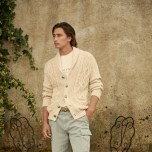 Brunello Cucinelli’s take on things is generally an upbeat and optimistic one. This was once again the case on Saturday, when he spoke of rebirth after the pandemic, which is leading men to rediscover a taste for elegance and dressing well.

As a consequence, at the physical presentation at Cucinelli’s headquarters in Milan, there was a strong focus on the suit, “synonymous of elegance, but not the Wall Street kind of business suit” of yore. The fit must be “relaxed and contemporary,” he noted. Case in point, the traditional pinstriped suit was revisited with more understated, almost faded patterns; deconstructed jackets, and feather-light natural fabrics.

The fabrics were also practical, such as Tasmanian wool, which allows for high performance without wrinkling, he noted. Blends of linen, wool and silk contributed to the summery ease of the suits.

Cuffed ankle pants with front pleats were slightly longer than in previous styles. Adding a sportier touch, Cucinelli showed cargo pants, either short — Bermuda style — or elasticized at the ankle.

Mismatched blazers also contributed to the easy style as did the range of soft unlined suede bombers, which were also presented with lasered chevron patterns or quilting motifs.

The palette was neutral, with delicate pastels, from yellows, pinks to azure, alternated with a range of grays, off-white and panama or sand.

Jeans were shown in the traditional indigo hue — among the bestselling pants for the company, Cucinelli said.

“Simplicity in Elegance,” summed up the brand’s look book, but the former at Cucinelli is achieved through skilled craftsmanship and extensive research and development of fabrics.