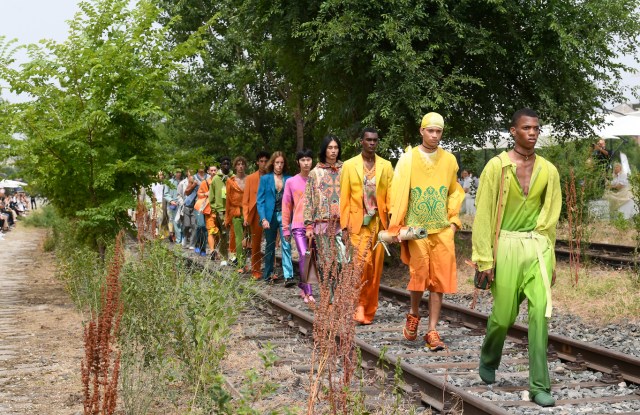 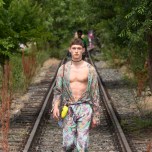 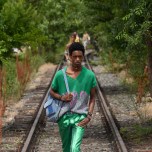 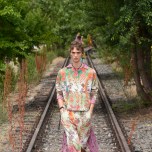 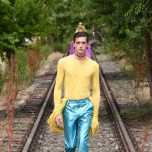 With his spring 2022 collection, Kean Etro paid tribute to the Italian musician and artist Franco Battiato, who died last month. For his lyrics, often containing culturally exotic, philosophical and religious references, Battiato was nicknamed Il Maestro, and he deeply influenced Etro’s own vision and life since their first meeting back in 1985.

To the soundtrack of Battiato’s music, Etro’s men’s wear creative director unveiled the collection at Milan’s former railway station Scalo Farini — one of the three live shows in Milan this season. Models walked on the train tracks in the open air, which seemed to Etro “to have no beginning and no end,” surrounded by wild flowers, which all contributed to the sense of freedom and joy the collection telegraphed.

The tracks were an additional reference to globetrotting — always an inspiration for the designer. This time, Etro wanted to “explore the nomadic spirit.” (Incidentally, “Nomadi” is also a 1988 song written by Battiato.)

To further convey the idea of wanderlust, the designer also cited travel writer Bruce Chatwin and Agatha Christie, not for her detective novels, but rather for her trips accompanying her husband, archaeologist Sir Max Mallowan, on his excavations in the Middle East. Etro’s inspiration, however, was not literal — no cargo pants or trekking shoes in sight. Instead, Etro’s collection was all about offhand fluidity and colors that transmit “energy and optimism.”

Earthy colors infused the second part of the collection, on bombers and shirts embellished with patterns inspired by petroglyphs, or rock carvings, but these were not literal, either. “I wanted clean and graphic symbols, as if they were memories of the past,” Etro said.

He paid attention to the accessories, too, ranging from colorful and functional pouches and cool sneakers to large and soft backpacks and saddlebags in washed leather.

The collection had a rock ‘n roll vibe running throughout — after all, Etro has been dressing the winners of the Eurovision music contest, Italian rock band Måneskin.