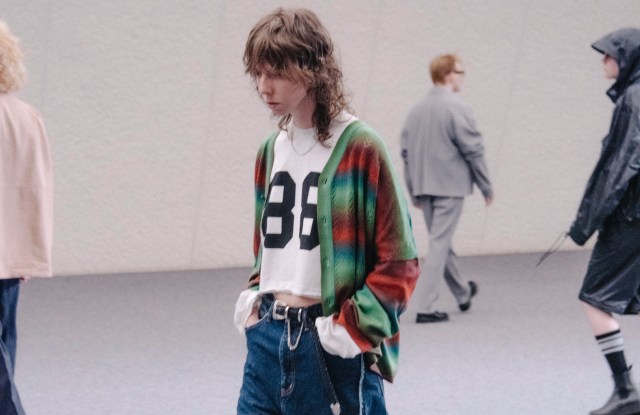 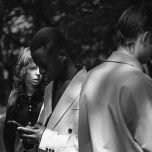 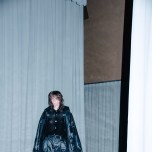 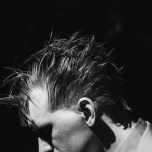 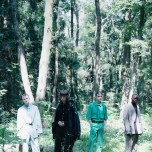 Japanese designer Hiroyuki Fujita found his sweet spot in the digital format: The short movie he unveiled this season contributed to emphasize the cool vibe he imbued in his JieDa collection and, overall, it heightened the perception of the brand.

The three locations involved — a forest, a futuristic indoors and a dark, austere vault — and an insisting electro beat framed a 1990s-inspired range that offered plenty of unfussy choices for streetwear fans.

In addition to oversize denim workwear, eco-leather trucker jackets and functional nylon windbreakers, Fujita leaned on its signature retro-athletic aesthetic to add vintage track jackets as well as to revisit his brand’s logo to mimic one of a baseball team. The new motif was patched on items ranging from sporty fleece tracksuits to more polished looks, which included a shiny, green shirt paired with matching, wide-leg pants that stood with their fluid, essential design. An iridescent corduroy outfit made for another interesting option popping up in the video.

In sync with his penchant for mixing underground and sports references with sartorial elements, Fujita didn’t shy away from throwing in some loose tailored pieces in the collection, but his street kids could have done just fine without them.