Inspired by the adventurous images of artist Peter Beard, creative director Walter Chiapponi delivered a collection that was sophisticated yet more nonchalant than usual, consciously adding a touch of sensuality. 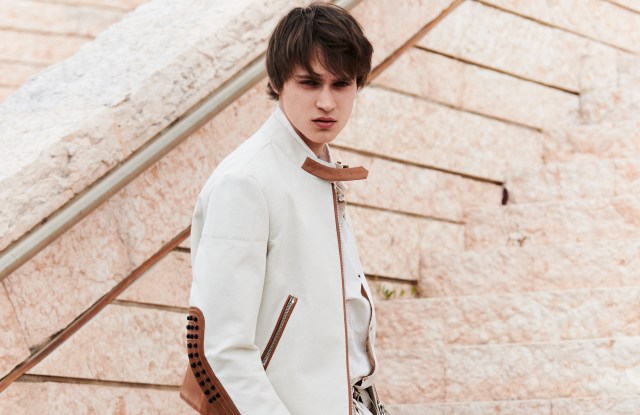 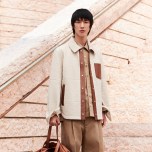 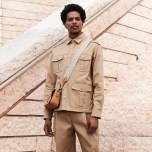 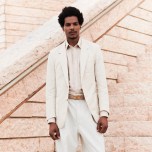 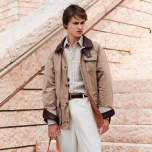 Tod’s creative director Walter Chiapponi can’t wait to return to a physical show, but once again found a way to present his collection with a video that in sync with his sensibility and the brand spirit.

He chose to portray an eclectic and diverse group of young men — actors Saul Nanni and Meledeen Yacoubi, musician Lorenzo Sutto, singer Theo Isambourg and model Yonghong — enjoying a day in the sun at the Petra vineyard in Suvereto, Tuscany. The striking and avant-garde design of the building by Swiss architect Mario Botta is a recognizable landmark in the country and Chiapponi said he was seeking “a place immersed in nature with a modern architecture.” That it is, with its sectioned cylinder in pink travertine and a stairway running the height of the hill in the Maremma countryside.

Inspired by the adventurous images of artist Peter Beard, Chiapponi delivered a collection that was more nonchalant than usual, with a touch of sensuality.

Chiapponi made a statement with the new canvas Jack Biker jacket with leather gommino pads — the brand’s signature pebble motif — as patches on the elbows.

All garments were light and deconstructed as the practical pants in parachute canvas with drawstrings at the ankle. With John F. Kennedy Jr. as another inspiration, it’s obvious that Chiapponi never strays from elegant and sophisticated designs, even when he veers toward more casual looks.

Accessories, always key for Tod’s, were strong, ranging from the new Dots Run sneakers in nylon and leather in contrasting colors with expanded gomminos on the soles, to camera bags and soft, ruched moccasins. An expanded lion head appeared on several items as a crest.