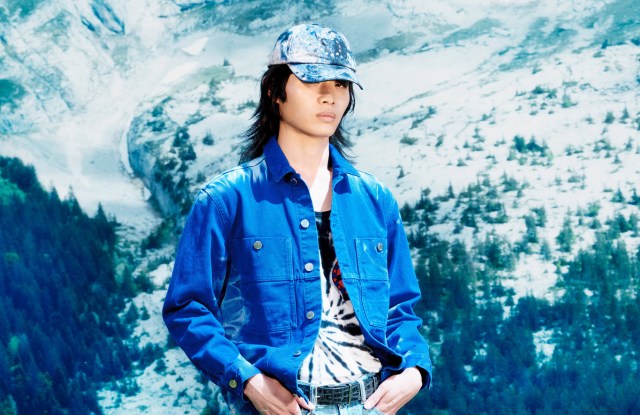 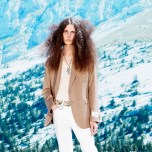 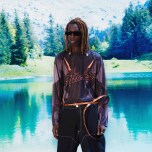 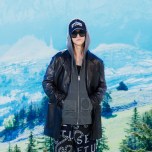 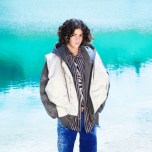 The design trio of Études headed to the hills for spring and showed their contemporary, street-savvy lineup in a mountain setting, with models running through waist-high grass and diving into an alpine lake. It wasn’t exactly bucolic — they didn’t entirely leave the gritty city behind — stylish as the youthful models were, in flamed tops, baggy trousers, trenchcoats, tailored jackets and sleeveless zip-up hoodies — on occasion skateboarding on a neglected concrete rooftop, making out in a cable car or setting off for a spin on a motorbike.

The designers, who have also begun designing for Aigle, cast an eye on the archives — the label has been around for a decade now.

“We decided to focus on styling, composing looks out of existing pieces — and recreate from this starting point,” explained Aurélien Arbet. They also plotted out the entire year at once, considering both seasons from the outset.

The lineup felt fresh, and there was plenty of newness, in techniques — including laser printed flames on jeans — and in silhouettes. A ’70s-flavored look, uncharacteristic for this label, was eye-catching, with flared trousers, paired with a knit, mesh tank top — the chic, all-ivory silhouette was topped off with a tan suit jacket and punctuated with snakeskin-motif belt.

A bleaching process was used to layer a new pattern all over a boxy, checked shirt, while another shirt looked as if it had been dipped in bleach, with the checks disintegrating into blank, ivory fabric.

“Each season has a lot of inspiration and a lot of messages, and sometimes we think perhaps there’s too much information from one season to another — perhaps we don’t lean on one message enough,” said Jérémie Egry.

Homing in on one’s strength is always a good idea and this collection showed the trio — the third member is Jose Lamali — does well to draw on their solid foundations — the exploration of the tensions between classic tailoring and sportier, street styles certainly feels relevant as the world gropes its way into a post-pandemic era.