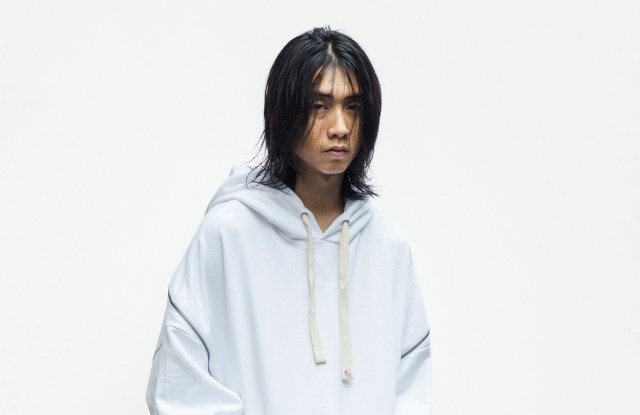 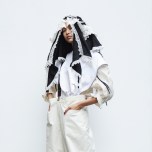 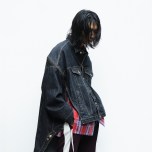 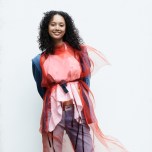 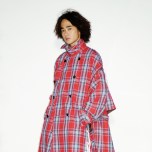 To present his spring men’s and women’s collections, Hiromichi Ochiai worked with director Kohki Hasei on a short film that set his clothes against a backdrop of gritty city streets, overpasses and underground passageways. In his show notes, Ochiai described being surprised by the complicated emotional effect Hasei’s first documentary film had on him when he first saw it.

“I felt that it was something overwhelmingly genuine. It was so beautiful and tender that it brought tears to my eyes, whilst being filthy,” he wrote. “There were so many emotions captured and every single one appealed to me. The disorderly yet pure emotions of the characters reflected in the film are still of this time even though it’s been more than 20 years after the release, it continues to inspire me.”

The words “disorderly yet pure” could also be used to describe Ochiai’s collection, which was somewhat simpler than some of his past offerings. He showed oversize silhouettes that had both a relaxed, lived-in quality and a hint of elegance. Track pants with frilled bell bottoms, straps connecting the legs or wavy lines of piping down the side were paired with boxy outerwear in cropped or adjustable lengths. Distressed fabrics, frayed edges, inside-out stitching and partially detached trims were just some of the details that were echoed in the grungy locations used in the film.

But overall, it was the youthfulness and understated sophistication that stood out the most. Ochiai topped patchwork denim jeans with sheer, red tulle dresses. He also layered shirts, coats and straight-legged pants in coordinating checked or striped shirting fabrics, resulting in a marriage of volume and lightness that felt very of the moment.