The collective showcased a new artisanal direction on its muses letting loose at a daytime party. 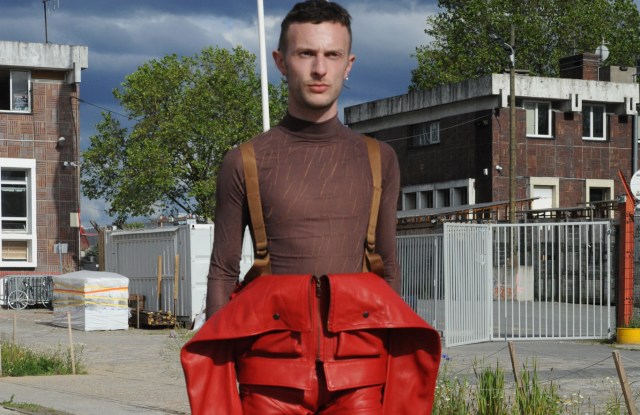 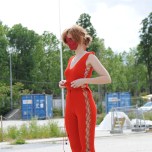 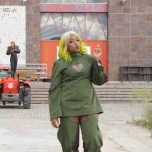 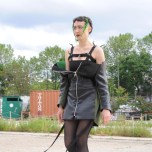 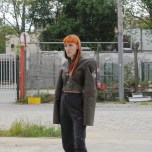 For this iteration, the anonymous fashion collective of Gamut wanted to put the spotlight on its community, their main source of inspiration, and handed the narration over to French nightlife author Arnaud Idolon and Colombian visual artist Carlos Franklin, who decided to capture 14 of the brand’s muses from Paris’ underground cultural scene dancing the day away.

Mining their repertoire of repurposed clothing, deadstock fabrics and radical deconstructions, they executed a wide array of styles that went from a seemingly simple oversize suit and a fire-engine red knit ensemble with lacing climbing up the sides of body and limbs; to raver-ready leather overalls and the front left panel of a jacket worn as a tabard with little other than fishnets and chunky boots.

Rather than follow a seasonal narrative of their own choosing, the collective focused on artisanal fabrications, working with each muse to create a bespoke look through an interview process between them, the brand and Idolon. “Gamut is only the fifth element here. It felt like a more organic way of creating clothes,” the collective said through a spokesperson during a preview, pointing out that some garments seen in the video had been further customized by the wearers, like the harness decorated with ceramic horns worn by artist and queer activist Hélène Mourrier.

The location — the fallow grounds surrounding one-time squat and now cultural center for the underground La Station Gare des Mines — and the immersive video format, best experienced through 3D glasses, served to reinforce the trance-like feel of a daytime party.

While the succession of looks didn’t exactly gel into a cohesive collection, it showed the versatility of the group’s creative endeavors. In light of their decision to concentrate on small-scale productions offered directly online, the range offered may well encourage their community to become consumers.