Onye Anuna has built his label on an exploration of Black cultures with a view to casting them in a contemporary light. 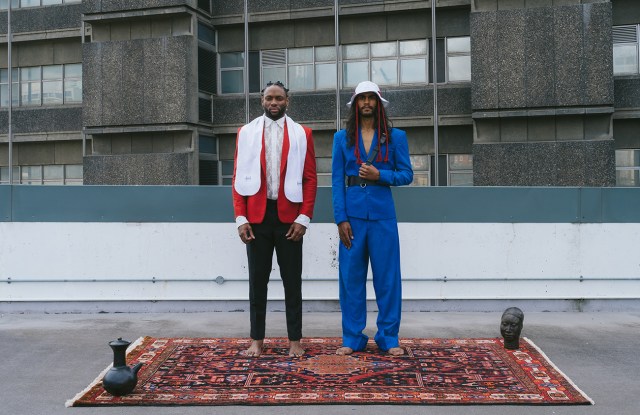 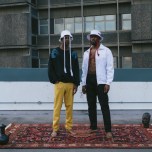 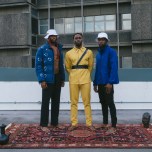 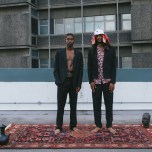 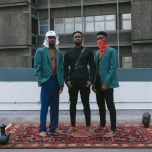 Onye Anuna settled his focus on London this season and marked the segue from Nigeria, where he lived during the initial stages of the pandemic and produced the last collection, by kicking off the video himself. He’s shown wandering in a lush African countryside, barefoot, in a bright, elegant purple trousers-and-shirt ensemble.

The viewer is then thrust to a concrete parking garage in London, where models stride out, also barefoot, in sharp tailored suits, slim pants with cargo pockets and patterned shirts, left open at times. The silhouettes were pared down to the essentials — of an elevated sort — with outerwear including a trim navy puffer, white bomber jacket and electric blue windbreaker often serving as a single layer, with nothing worn underneath.

Tailoring, a key focus, was gently tweaked, with subtle military references at times, and the occasional workwear detail. Classic pieces were drawn up from a checked herringbone wool in a tart blue; printed cotton denim was another fabric sourced from high-end textile suppliers in Britain.

Anuna, who has built the label along with co-founder Prince Comrie on an exploration of Black cultures with a view to casting them in a contemporary light, called the collection “Staying Afloat, Just,” reflecting the current, tumultuous times, as well the scramble to prepare for the Paris Fashion Week calendar. The 30-piece collection was assembled in little time — attesting to a certain level of maturity from the label, he suggested.

Stylized wave designs drawn by 20th-century Japanese artist Yuzan Mori decorated clothing discretely — adorning the shoulders of a black top, in one instance. The reference symbolized the turbulence of a “post-Brexit, COVID-19-limiting world,” but scratch a little deeper and one discovers the artist also held an interest in promoting craftsmanship. The underlying premise of Gravalot is to offer an alternative to the commercial fashion system, drawing on local production to craft styles for an international audience.

“As a small company, you’re one step from disaster, every single time,” Anuna mused. Perhaps one step away from broader success, too, given this tasteful and balanced lineup.