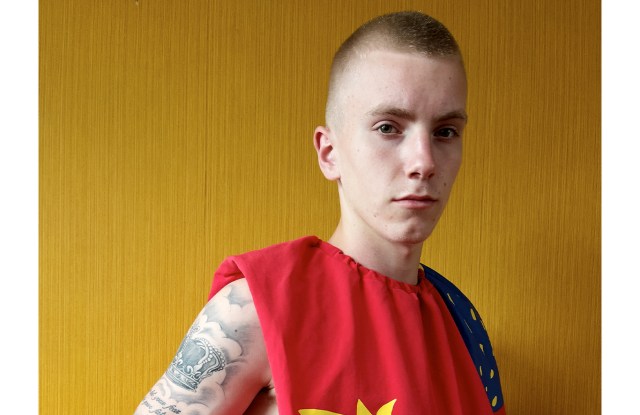 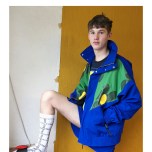 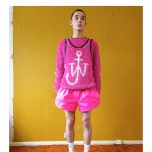 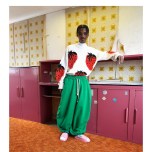 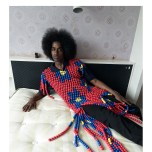 School’s not even out yet — at least here in Britain — but Jonathan Anderson is already back at his desk and thinking about his own ’90s childhood, complete with class pictures, crayons and electric bright highlighters.

The designer, who showed his men’s spring 2022 and women’s resort collections as one, recalls his own childhood as a fun, happy, experimental time spent exploring his taste in color, clothing and music. He wanted to highlight the “glorification of being who you are, or what you want to be,” and the private time of adolescents holed up in their bedrooms, trying to work things out.

The result was a delightfully distorted, kaleidoscopic take on sporty classics — oversize fleece hoodies with giant strawberries floating across them; T-shirts with a loopy handwritten logo; sweaters with flouro rugby stripes that looked as if they’d bounced out of the pages of Dr. Seuss. For resort, there were rough-edged denim dresses, long, asymmetrical striped or patchwork dresses and tie-dye knits.

Accessories were just as bright and kid-like, including flouro green felt totes and the designer’s (now classic) chunky chain loafer aglow in shades of bright pink or orange. Anderson also slipped in a pair of sunglasses from an upcoming Persol collaboration, putting them on the model who’s wearing the oversized sweatshirt with the psychedelic green strawberries.

Anderson showcased the collection with 33 printed images by Juergen Teller, which he put into cardboard frames, the sort meant for school photos. He said he was intrigued by the idea of seeing Teller-style images framed in humble scholastic cardboard.

The designer, who’s been working with Teller for three seasons, said he also liked the idea that each of the framed photos could stand on its own. “You could even put it on your mantelpiece,” Anderson suggested. That would certainly make a change from the gap-toothed kid, dressed in a school blazer, white shirt and necktie, smiling for the school camera.