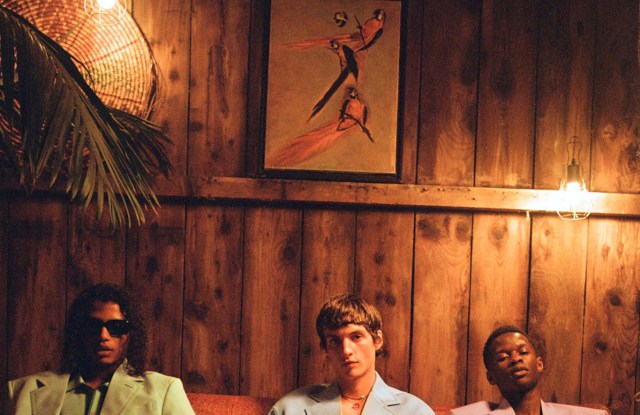 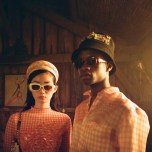 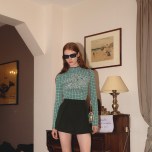 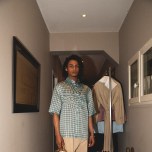 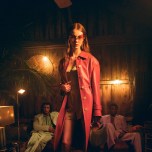 Bruno Sialelli sent his pack of glamorous youth to a new setting this season, plopping them down in a shack on a tropical beach. The digital presentation conveyed an escapist theme, with models lounging around on couches in loosely cut suits, party dresses and flowery shirts.

The looks — which were a blend of the men’s spring collection with resort — were better suited for the streets, or a night club, for sure, but, set in a cluttered space and worn by bored-looking models added nonchalance to the elegance. Silhouettes moved the fore as embellishments receded a tad compared to last season’s party-themed looks, with loose tailoring contrasting with pleated miniskirts worn with skimpy bustiers.

Not that the crowd was entirely ill-equipped for their wet beach environment — a rain storm sends drips of water into the flimsy shelter — as Sialelli sprinkled in some sporty pieces, printed wet-suit-style tops and leggings in technical materials, which further pushed the lineup into a modern place.

The designer went full-throttle in the accessories department — his mandate is clear, and company officials are aiming to double the proportion of the category’s sales. There were rose-tinted sunglasses, subtly shaped like butterfly wings and a blown up necklace to match, mini charm necklaces, pointy flats with wings on the sides, slides embellished with sequins and endless options in the bag department, ranging from monogrammed carry-alls to neat, leather purses with chain straps and the 22 handbag with rounded edges and metal hardware, named after the Paris flagship at 22 Rue du Faubourg Saint-Honoré.

The historic store is another asset the label plans to leverage as its mines its bourgeois French roots for a young, international, digitally savvy audience — a task that Sialelli has taken on with confidence, helping to rebuild the label’s credibility which had been badly eroded when he joined.