For the spring, the designer riffed on a steamy love affair for a sensual lineup fit to be shared. 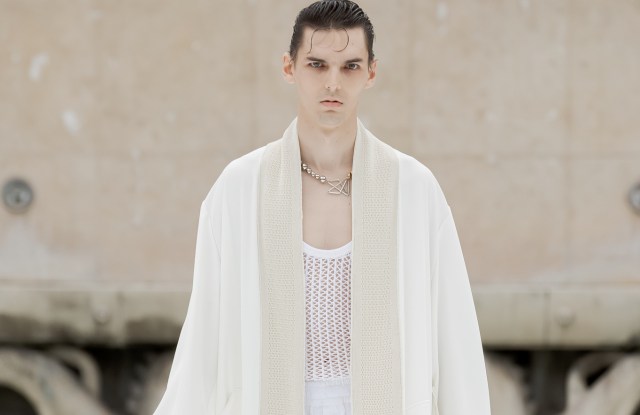 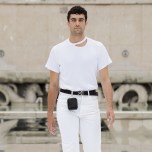 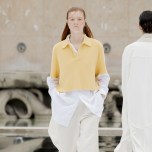 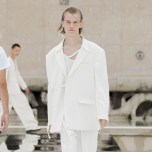 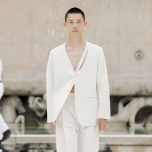 “Once you get to Paris, the look is a lot more undressed,” said Louis-Gabriel Nouchi after back-to-back runway shows, one for the collection he designed for leading Chinese fashion group Joeone and the second for his eponymous brand, both of which formed an overarching journey along the Silk Road.

For the latter part of this double act, his East-meets-West narrative centered on a famously steamy affair between a very young woman and her older Asian lover set in interbellum Indochina, which he named “Untitled 1” after being denied use of the original title by the author’s estate.

The airy color palette of pastels and whites was punctuated with a marbling motif — executed in a variety of techniques from prints to eyelet lace and a devoré effect on jersey — as a nod to the books that are Nouchi’s main source of inspiration.

His languid lineup played with the feeling of ambivalence between the public and intimate spheres, and the idea of a wardrobe shared by lovers. Relaxed tailored separates, boxy denim jackets paired with ample matching trousers, and flowing silky robe coats felt they could be worn easily by any gender, while his recently launched underwear line brought a racier note.