Hugues Fauchard and Rémi Bats set their sights on the pilot’s uniform. 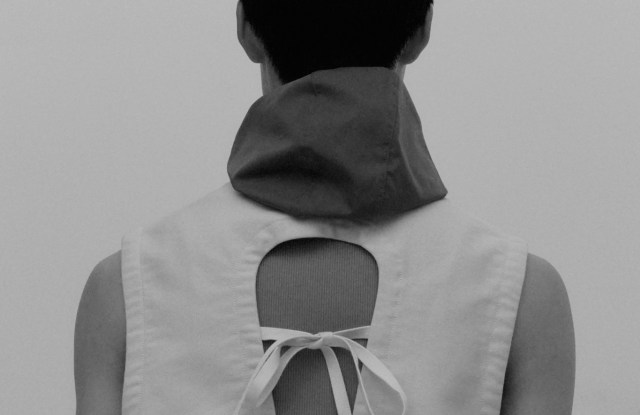 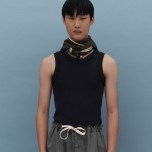 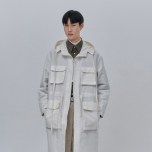 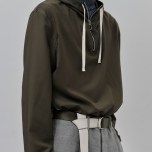 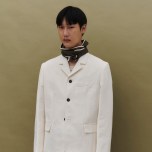 Hugues Fauchard and Rémi Bats had already set their sights on the pilot’s uniform when they heard an ecologist politician say that children shouldn’t dream of flying because of the environmental impact of traveling.

“It kind of disturbed us a bit because there is nothing less polluting than dreaming — it’s the most sustainable thing you can do, dreaming,” said Bats, speaking at a space in the Palais de Tokyo at the brand’s display, a chic rendition of a military camp, with trunks and a fold out cot, a rack of their impeccably tailored clothing and a couple of models.

The designers navigated the current movement of blurring the line between outerwear and shirts with skill, offering an ultralight hoodie made from a silky merino wool and a pocketed workwear shirt in linen, with snaps and a thin, cotton lining — an original take on time-tested silhouettes, which is their forte. A long cotton shirt printed with the shadow of a plane could nearly be taken for outerwear, too — touch it, however, and it turns out the fabric is lighter than air.

The video presentation was projected overhead, showing contemplative images of models wandering in grassy fields, clutching a model airplane, as planes flew above.

Among pieces borrowed from the pilot’s wardrobe, the bomber jacket was cut precisely, with slightly widened arms and square pockets, while a lightweight jumpsuit came in a minimalist rendition, with subtle patches of knitwear embellishing the chest. They have been perfecting knitwear through production sites in Normandy, and added a playful touch to sweaters, ringing the neck with the pattern of airplane tires in the sand.

Being shortlisted for ANDAM’s Pierre Bergé Prize has given them a boost, they said, and their sustainable bent is resonating. Local sourcing has been a key focus from the outset, as illustrated by the choice of a drawstring waist, in one instance — the last of elastic production in France closed a few years ago, and the pair has drawn down their stocks.