The designer used the jacket as a metaphor for all men being equal, and evoked emotions whipped into a frenzy by news cycles. 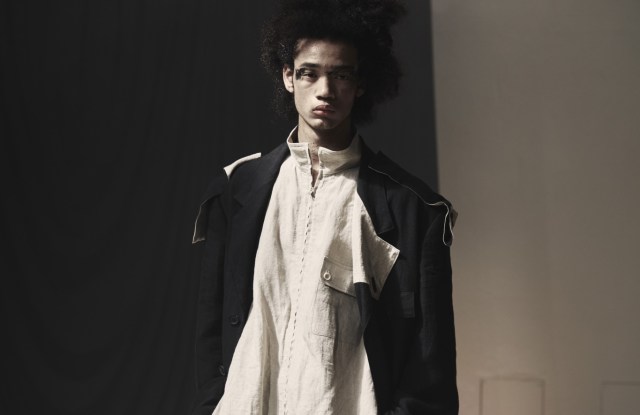 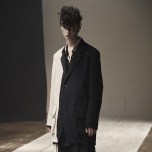 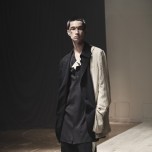 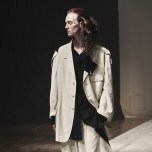 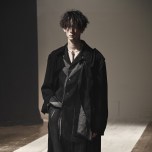 Physical travel may be restricted, but these days, thanks to the technological panopticon, it’s impossible to ignore the world at large. How to deal with this was the question seemingly asked by Yohji Yamamoto’s spring film, the fourth collaboration between the designer and fashion photographer Takay.

The opening group of black and beige silhouettes — the show notes described them as inspired from Yamamoto’s spring 1986 collection — gave an impression of serenity.

Models strolled out alone or in groups, hands nonchalantly jammed into pockets or left loose at their sides, shoulders slightly forward. Melancholy ballads written and sometimes interpreted by Yamamoto himself, spoke of longing and loss on the soundtrack.

Oversize shapes cut from summer-weight materials were layered together without becoming overly bulky. All looks featured a jacket variation, softly structured but well defined, as if to make his varied character archetypes equals, whether tough boy or besuited sophisticate.

Like an eye, the camera followed their progression, panning up or down, sliding from one person to the next or zooming in on details — collars of jackets and shirts artfully superposed, low-top sneakers covered in a flurry of newspaper clippings, sketches of clasped hands, paintings contributed by Japanese artist Yuuka Asakura or mechanic’s tools as jewelry.

But as the show progressed, visual elements started to take over their surface. At first, an occasional print of a woman peering from behind her fingers or glancing to the side; further on, flower prints were soon replaced by discombobulating sketches of ears and eyes, and finally, newspaper prints featuring editions from recent months.

As credits rolled, the designer could be seen painting the words “Love” and “God Bless” on some of the pieces. The collection evoked emotions whipped into a frenzy by news cycles and spoke of processing the resulting feelings with passion and elegance.