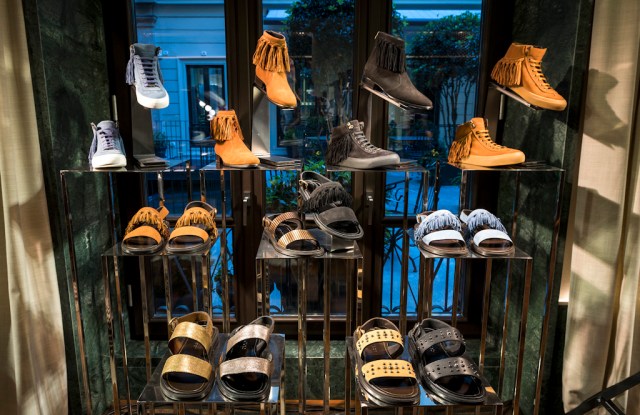 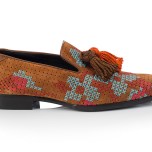 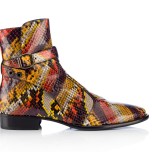 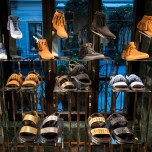 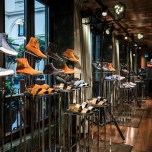 Sandra Choi is hearing the music: After picking James Jagger to star in the latest ad campaign for the brand, the creative director of Jimmy Choo unveiled a spring collection inspired by some rock ‘n’ roll legends — The Rolling Stones, Bob Dylan and Jimi Hendrix — and their on-stage and off-stage looks.

This season she took a bohemian turn, although there were still flashes of street for a collection she referred to as “equipment for literate, eclectic, free, bohemian spirits.” To wit: It included lots of fringe, soft suede and laid-back styles that harked back to the hippie era.

There was a flat sling-back sandal with fringes across the vamp; chunky tassels dangling from a soft suede multicolored loafer, and long leather fringes adorning the ankles of a zippered suede boot.

Another ankle boot, done in a rainbow of multicolored python had a psychedelic slant, while a Made-in-Spain desert boot with an espadrille sole was something a stylish Seventies backpacker might have worn as he breezed through Europe.