David Hart created a capsule collection appropriately named Hart by Hart, which is all made in the brand's Chicago factory. 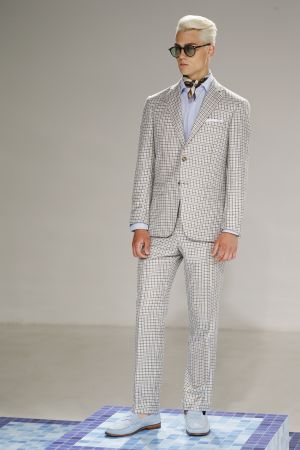 Hart Schaffner Marx just received a much-needed jolt of energy. The American tailored clothing brand, which turns 130 next year, enlisted designer David Hart to create a capsule collection appropriately named Hart by Hart, which is all made in the Hart Schaffner Marx factory in Chicago.

Hart drew from Slim Aarons photographs of exotic locales including the Maldives, Provence and Corsica.