The designer proposed a fresh, new aesthetic for those young, urban males so obsessed with individuality and self-expression. 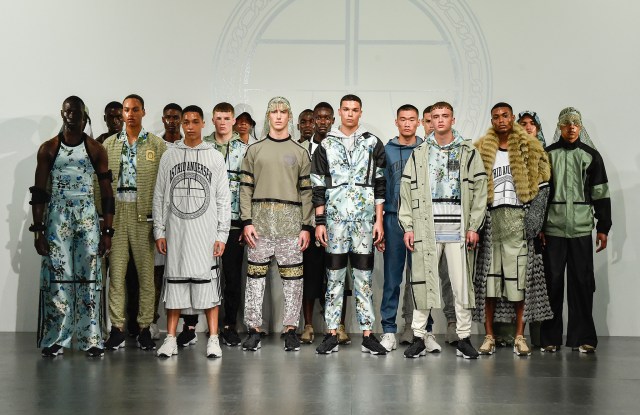 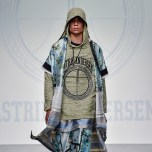 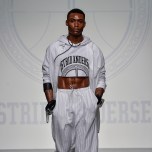 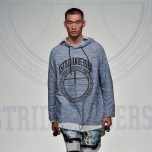 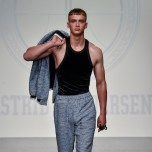 Astrid Andersen likes a good gamble. Her penchant for contrasting codes has already put her on the map with the cool kids in town, but this season the designer, who chose the safari as her starting point for spring, has pushed the boundaries even further.

Like a casino croupier deals a game of cards, Andersen played the high against the low, skillfully mixing streetwear staples with classic couture fabrics, which resulted in a fresh, new aesthetic for those young urban tribes so obsessed with individuality and self-expression.

Forget everything you knew about safaris, though. In Andersen’s vocabulary, the wild life started at home: super-baggy pants in floral silks, roomy sports jerseys worked in delicate lace and tweed hoodies with matching mosquito hats — some of which were trailing floor-length at the back — set the tone for this high-energy collection, fit for the African grassland as well as an upscale city gym.

Backstage, Andersen explained she wanted to look at the concept of exotic journeys from the vantage point of her own peers. “My generation would never really go on a safari, unlike the previous generation, but it still has the curiosity to explore unfamiliar territory.”

Indeed, it would take a confident male to pull off some of the more outré looks she so boldly proposed, including a lush long coat made of fur scraps with heavy knitted sleeves. And who would have thought a muddy-colored tracksuit in crushed velvet would look appealing? More versatile was a series of parkas, which also included sleeveless options, trending this season. They came with high-tech seam-sealing and laser-cutting elements, which took the weight off the constructions and gave the numbers a nice airy swagger.

It all felt raw but relevant, and the collection was certainly at home in London, which hasn’t lost its leading edge, despite some brands deserting the city.