Casely-Hayford presented its spring collection in its studio rather than on the runway, in order to highlight the collection's intricate craft work. 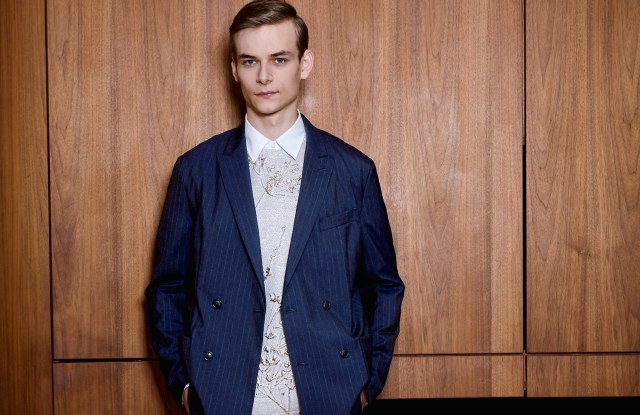 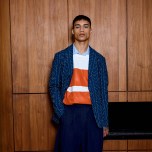 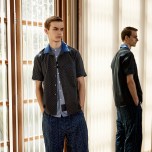 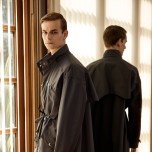 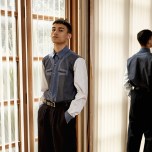 Joe Casely-Hayford unveiled his spring 2018 men’s Casely-Hayford collection, “Make Craft Great Again,” at the label’s sprawling North London studio this season, rather than on the runway. Noting that he wanted the collection to celebrate “the craftspeople we work with,” Casely-Hayford, who designs the label with his son Charlie, reasoned that in showing on the runway, “a lot of intricate details are lost.”

And there are plenty of those details in the spring collection. One of the label’s loosely tailored, high-waist suits features seams on the outside of the garments that are finished off with chi chai, a Japanese overlocking micro-stitch. Indeed, the majority of the collection is manufactured in Japan, Casely-Hayford noted. There are also pieces such as a roomy, silk T-shirt shaped top, with a silver branch design “debossed” into its surface, an effect the designer likens to an “engraved textile.” And a trenchcoat and cagoule hybrid in a breezy, three-layered waterproof fabric is intricately designed, so that it cinches at the waist but leaves volume at the back of the coat. There are also women’s looks in the same palette of fabrics, most of which Casely-Hayford produces on a made-to-order basis.

What also prompted the close-up presentation of the spring collection is the growth in bespoke for Casely-Hayford, said the designer. A clientele that spans artists and architects to bankers and lawyers is drawn to the label’s combination of “edgy influence” and “sophistication,” Casely-Hayford said. “The silhouette has been developed over a long time, so it flatters a lot of body types…a lot of the best pieces will stay in one’s wardrobe for ten years.” The designer, who in the past served as the creative director of Gieves & Hawkes, said that he now sees the brand gradually evolving, rather than adopting radically different trends each season. “The best brands define a very strong handwriting and signature style which their clients relate to, and they hone that look,” said Casely-Hayford. “I think it’s about developing the brand identity and being able to evolve from season to season in a really positive way.”